Urban foragers say ‘F**k this’ and go to Waitrose 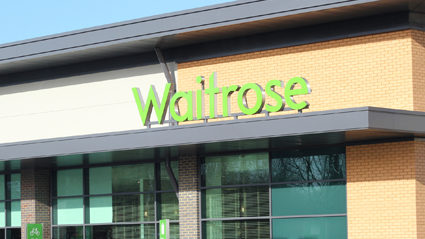 A GROUP of middle-class ‘urban foragers’ were forced to use a supermarket to acquire food that was actually edible, it has emerged.

Nathan Muir and friends had hoped to collect plants from parks and verges near their North London homes, but quickly discovered the whole exercise was impractical.

He said: “I’d expected to find a rich harvest on my doorstep and I did, but only of dog turds and empty paint tins.

“After six knackering hours of passers-by thinking we were on community service all we’d got was a handful of cow parsley and some manky wild garlic. Not enough for a nourishing meal for six people who’ve used loads of calories foraging.

“A crop of nettles in the park could’ve made a soup but a bloke playing football had taken a piss on them, which I’ll admit put me off a bit.

“Luckily there’s a Waitrose so we went there. Now I get why urban foxes go straight for your bins.”

Muir later decided the expedition had been a success after grating a small amount of wild garlic onto his Waitrose Indian chicken shashlik for two.

We don’t give a shit who wins your pathetic bunfight, EU tells Britain 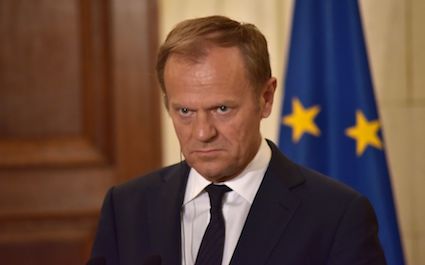 THE European Union has strongly denied Theresa May’s claim that the UK’s election is important enough for it to give half a shit about.

EU leaders categorically rebuffed May’s accusations that they had interfered in the British election, saying they preferred to pretend our pitiful playground squabble was not even happening.

European Council president Donald Tusk said: “Honestly, it’s an insult that she thinks I would even care.

“It’s not personal, Theresa. You seem astonishingly clueless and easy to take advantage of, true, but that is all of Britain at the moment.

“Interfere? Would a man pick sides in an argument with ants? Idiot ants, arguing about which of them gets to fuck up the anthill? Or would he ready his magnifying glass either way?”

He added: “Though we would miss your Boris. He knows, in his eyes, exactly how badly he has fucked up and that’s hilarious.”