HOUSEHOLDERS have been warned against feeding urban foxes as the animals are fussy and claim to have intolerances.

Unlike their rural counterparts which will eat rotting magpie carcasses, metropolitan foxes are all on fad diets.

Urban fox Wayne Hayes said: “This woman left me out a bowl of milk – probably not even organic – seemingly unaware that I drink only espresso made with single-estate beans.

“Food provenance is very important to me, and I won’t touch any meat scraps that aren’t locally sourced. And I can’t have grains, they bloat me.

“Probably the best thing is to let me into your house so I can have a good look through your cupboards before getting you to cook something suitable, if that is possible with the available ingredients.

“If not I may send you down to the local deli with a list.” 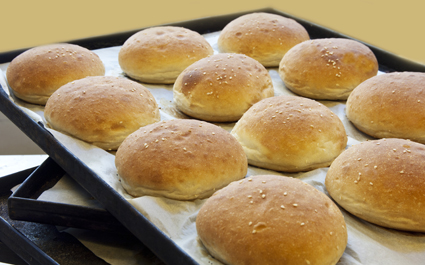 A GAY wedding cake has turned some bread rolls gay after being left beside them on a bakery counter.

Seeded bap Tom Booker was one of 18 identical bread rolls left to cool beside a homosexual cake made for a gay wedding.

Booker said: “The cake was asking us what sort of music we were into. I said classic rock, like Fleetwood Mac and Dire Straits, and it laughed then suggested should I check out Scissor Sisters and 80s hi-NRG disco.

“As the chat progressed it asked if I had ever been with a man bap. I said that was wrong but the cake said that’s just what the baker tells you to make you behave around customers.”

Baker Norman Steele said: “I came in to pick up the cake and all the bread rolls were having gay sex with each other.

“The way that works is that two bread rolls squeeze together like buttocks and another one gets in between and makes groaning noises.