A WHALE graveyard is full of tacky and garish tributes left by other whales, it has emerged.

Palaeontologist Stephen Malley said: The resting place of these majestic aquatic giants was marked with some utter tat.

The vast fossilised skeleton of a blue whale was accompanied by a stuffed Garfield and a message written in green felt-tip saying Luv u Splasher, your with the angles now.

The nearby grave of a young minke whale had been decorated with an empty 50 Cent CD case and a floral display reading GANGSTA PIMPIN 4 REAL.

Weve learned a lot about whales from this remarkable mass grave, mainly that they are tasteless bastards who think an inflatable Shrek is suitable for a place of mourning.

Malley believes many of the tributes were left by whales who did not even know the deceased and just wanted to feel they were part of something.

Naturalist Donna Sheridan said: It’s like when an elephant dies, the rest of the herd will gather round the corpse and listen to its favourite songs, even if its something inappropriate like Blurred Lines.

App shows all the dead people around you 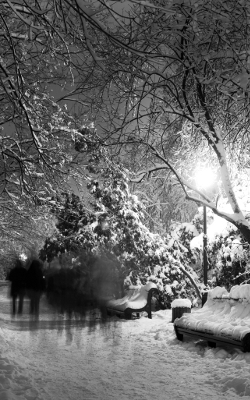 A NEW smartphone app combines geolocation and the paranormal to show all the ghosts in your vicinity.

Spectr uses satnav, wifi mapping and unearthly forces beyond the knowledge of mortal man to show miserable ghosts sitting on every surface in every one-bedroom flat.

Francesca Johnson of Muswell Hill said: “I look through my iPhone and I see hanged highwaymen on the sofa, Roman legionnaires in the bathroom, one of Jack the Ripper’s victims where I prop my bike in the hall.

“I really wish I couldn’t. Its like being that kid from The Sixth Sense, only less punchably precocious.

Banker Tom Logan said: The ghosts really disapprove of my 21st century lifestyle and keep telling me to get off my iPad and work a loom, or have six children, or go to war with France.

And the Tube, wow. I thought it was crowded and stinky before all the guys from the plague pits.

Historian Mary Fisher said: At first its an eye-opening experience to see unquiet spirits all around us, but very quickly it just becomes awkward.

If conversation lulls, the one thing which Londoners of any era can share is outrage about house prices.

You should have seen old Goody Fishers face when I told her that her cottage in Dalston, which she sold for a mere four chickens and a daughter eight centuries ago, just went for £1,360,000.