JUST been to the supermarket? Bought a few lovely fresh things that are spending the journey home rapidly decomposing? These are going straight in the bin:

If anything they were too green when you picked them up in Sainsbury’s an hour ago, but now they’ve got more brown spots than the hands of a 90-year-old expat on the Costa del Sol. They couldn’t even do a job in a f**king banana bread recipe.

‘Delicious’, you think, dropping them into your trolley. ‘They’ll make a great snack for tomorrow’. But there’s already a sickly blue mould populating one corner, the middle lot are melting to mush and the rest are sour. That’s what you get for trying to make being healthy anything less than an ordeal.

Pitta bread has the look and feel of the kind of hardy bread that never goes stale, but that’s a lie. Open the packet on Monday and by Wednesday you’ll be able to use the remaining flatbreads as frisbees or arranged beneath clothing as a makeshift stab vest.

Waiting for the hot guy to text back, waiting for a parcel, waiting for avocados to ripen: all just as frustrating and ultimately unrewarding. So you go for the ones the supermarket gods themselves say are ‘ready to eat’. And it’s easy to eat them, particularly if you have no teeth, because by the time you leave the shop they’re soft and rotten.

Yoghurt, like its brother cheese before it, should just embrace mould as a flavour feature, because it’s always f**king covered in it the day after you buy it. Oh well, it’s all ‘good bacteria’ isn’t it? Or is it? 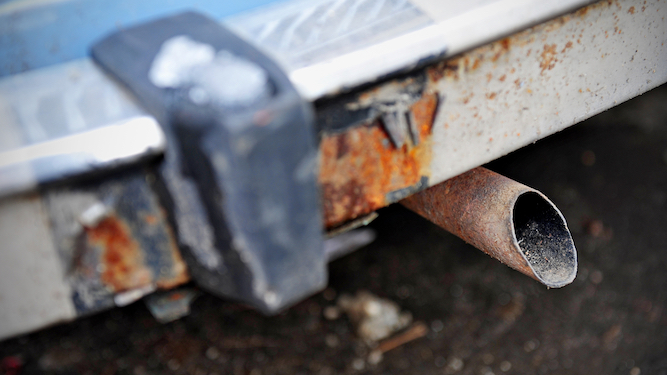 KIDS in the 1970s faced death-defying risks on a daily basis, and the survivors don’t like to talk about it. Here are six hazards they shrugged off:

Wild swimming five decades ago was enhanced by fizzing river water capped with impressive heads of chemical foam which you could throw at one another like summer snowballs. It was all caused by the run-off from the factory upstream, which made additives for blue drinks.

Travelling by car was better than a rollercoaster back then. You could stand between the front seats, you could clamber out of the sunroof in the rain, and if Dad had to stop suddenly the cigarette butts from the overflowing dashboard ashtray acted as a carcinogenic airbag.

Everyone had a dog and owners were committed to allowing them to be their authentic selves, roaming free around the neighbourhood all day. Which was thoughtful, as dogs, being pack animals, loved nothing more than surrounding the weakest child they could find and terrifying them.

Less than 30 years since the war there were copious pieces of open ground which had been buildings before the Nazis bombed them, and these were prudently used as playgrounds for the young to explore, unsupervised, at their leisure. What’s that big metal thing? Throw rocks at it.

As British as it gets. Lovely chips cooking in an open pan of oil hotter than the sun were a magnet for hungry kids. Be careful, because the pan easily set alight creating a localised kitchen inferno, and sensibly running it under the cold tap would spread it far and wide. And this was perfectly normal back then.