So I think we can all agree that went brilliantly, says Raab

DOMINIC Raab is ready to face praise from MPs today on how incredibly well Britain’s withdrawal from Afghanistan went.

The foreign secretary will be questioned by the cross-party foreign affairs committee later, and expects the questions to be along the lines of ‘How are you doing such an amazing job?’ and ‘Why are you such a legend?’

He continued: “Of course it won’t all be praise. I’m expecting a lot of sympathy about the five days holiday in Crete I lost. I didn’t get those refunded.

“But largely I imagine it’s a teaching opportunity. How a military withdrawal should be done, how to handle a refugee crisis, how to enhance Britain’s reputation on the international stage, all that.

“After three-quarters of an hour they’ll have run out of superlatives so I’ll just tell them about my daily workout routine. Curls, reps etcetera. That’s my go-to for when people are gaping in awe. Happens often.”

Shadow foreign secretary Lisa Nandy said: “We’ll ask questions about how he managed to oversee quite such a total f**k-up and he’ll answer them as if it was a barnstorming success, just like every other Tory. 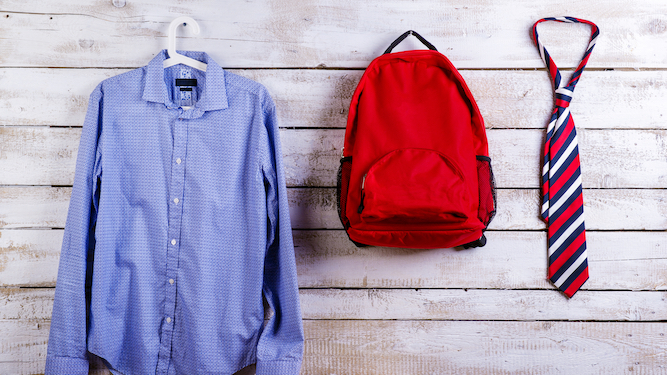 YOUR kids are back in school with hundreds of pounds of new stuff, and the useless bastards will have misplaced it all by 3pm. These things already need replacing:

That new jumper with the school crest that you had to splash out £40 for? Yeah that’s gone. It was a hot day, it was being used as a football goal at break, and frankly your child is angry you’re even talking about it when they’ve made a windchime out of empty Coke cans.

The school has a strict and obsessively enforced – for the first term – dress code so your daughter must to stay home until she’s properly dressed, nonwithstanding the fact that she’s thrown her £15 tie in the bin with the contents of her lunchbox once again and the sole uniform outlet’s run out of them.

You got the PE kit home in one piece, but not the newly purchased black leather football boots the school demanded and your son swears blind you never gave him. Is it possible that the cash-strapped school is simply collecting and selling them?

Turns out every girl in your daughter’s class has the same Squiggle pencil case, so there’s no hope of finding the one you specifically told her to write her name in because she didn’t. Also she needs a replacement immediately or she’ll be ostracised for the next five years. You went to school. You know that’s no idle threat.

That reusable box and cutlery you sent your child in with, to avoid having your cutlery drawer denuded of teaspoons at the rate of five a week? It’ll never be seen again. Forget your carbon footprint, just send their sandwiches in a fresh plastic bag every day.

After just a single day at school, despite just having had six weeks off, your child has lost all hope for the future and cannot see the point of anything they do. This is what British schooling exists for.