A MAN from Barnsley enjoyed a taste of life in the Big Apple as he ate a New York-style sandwich bought at his local Tesco Express.

Tom Booker felt as if he had been transported to the bustling streets of Manhattan when he purchased the deli-inspired pastrami on rye from the Huddersfield Road store and ate it in his car.

Booker said: “It was uncanny. I felt like I was in an episode of Friends or a Woody Allen film. I half expected to look out of the window and see a yellow cab and the Empire State Building, rather than a Royal Mail postbox and a branch of Home Bargains.

“To make the experience even more authentic, I got a meal deal and made a point of thanking the woman at the till for my potato chips and soda. I think she whispered ‘prick’ as I walked away, but that just added to my gritty New York experience. It’s what Travis Bickle would have said.

“After eating that sandwich, I wanted to ride a subway, order a cup of ‘cawfee’ and see a Broadway show. Unfortunately I had to pick my kid up from the leisure centre and take my gran to bingo, but from now on, like Jay-Z, I’ll be Brooklyn ’til I die.”

Spilling bin juice down yourself: Your guide to completely f**king up bin day 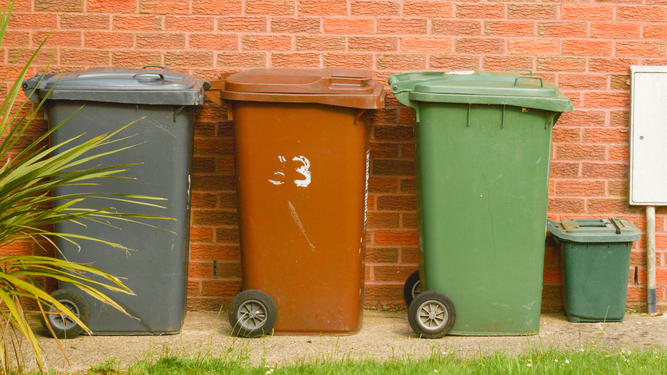 PLANNING on making a total hash of bin day again? Here’s a step-by-step guide to f**king it up good and proper.

Step 1. Forget to put your bin out

The easy bit. Even an amateur can do this. Instead of writing a reminder on your calendar or setting an alert on your phone, foolishly rely on your least reliable tool – your brain.

Experience the visceral thrill of sitting bolt upright in bed when you hear the beep of the bin lorry on your street, and hurriedly throw on whatever embarrassing clothes are at hand. Binmen or neighbours should be snickering or looking on in disgust at this gibbering loon in a bobble hat, ancient REM t-shirt, stained jogging pants and neon Crocs.

Step 3. Chase the lorry down your street

Having grabbed your bin it’s time to channel Usain Bolt and leg it down the street. It’s two weeks until the next collection and you’re damned if you’re missing this one. For extra style points try to fall over several times. Injuries to your testicles are particular hilarious for onlookers.

Step 4. Spill bin juice on yourself

It goes without saying you’ll have ludicrously overfilled the bin. As you rush to the lorry, somehow tip the bin over so rank bin juice flows onto your drive and trousers. It’s only liquified food mush, but combined it’s created an agent more deadly than nerve gas or hydrochloric acid. Wash your hands ASAP in case they dissolve, leaving just stumps.

Exhausted, half asleep and raving like a lunatic, you now realise all the bins lining the street are blue. In your haste, you grabbed the green. There’s no time to go back. Everything is hopeless. Suddenly you know how Scott of the Antarctic must have felt.

Step 6. Beg the bin men to take it anyway

Pathetically try and convince the guys to empty your bin anyway. They’ll refuse, of course. Their hands are tied. This is clearly because you didn’t tip them at Christmas, either with a few quid in a card or a box of fancy biscuits. You’re practically being blackmailed by the unions. Bloody bolsheviks.

Step 7. Do the exact same thing next week

You’d think you’d have learnt some bin discipline by now. But no, you’ll do something unforgiveably stupid like putting bubble wrap in the recycling. And keep doing it every subsequent bin day until you die.