Six annoying f**kwits in the cafe alongside you

YOU’RE trying to have a nice relaxed time in a cafe, or maybe do something constructive. Which bastards plan to ruin the experience for you today?

The f**kwit on FaceTime

Brace yourself, you’re going to be treated to a retiree trying to catch up with his daughter while scoffing a panini. It’s lovely to see him spitting pesto and mozzarella on his screen as he shouts to make himself heard. Does have headphones? Of course he f**king doesn’t. He’s generously letting you hear her side of the call too.

The knobhead who sits at the table right next to you

There are loads of empty tables, but this person has chosen to sit right next to you. Why not just sit on my lap, arsehole? If you think he’s bad, wait until he’s joined by a tableful of noisy mates, who start asking one by one if you’re ‘using that chair?’

When you’re settling down for your usual day of bile and cynicism, scrolling through Twitter for things to get angry about, there’s nothing worse than seeing displays of joy and happiness. It’s only going to get more cringeworthy when the inconsiderate bastards start soppily feeding each other yogurt-covered raisins.

The parent and child

It’s not the child’s fault he’s an irritating little shit, you tell yourself. He’s only three. But the parent? Talking to him as if he’s got an adult vocabulary, or counting the marshmallows on his hot chocolate to show off their numeracy teaching. A passive-aggressive stare will have no effect, because now they’re engrossed in some nightmarish electronic learning toy making clucking sounds.

Half the bloody office

Thrilled to be working in person again, Celina’s decided to bring the entire team down to the cafe for a latte and a brainstorm. And they’re excited to be off the leash, as the volume of their inane conversation attests. It’s lucky you absolutely love conversations about online marketing.

They’ve spilt coffee all over the table and keep pestering staff for a cloth but they’re quite busy so they get some napkins but now it’s dripping on the floor, etc. etc. It’s incredibly distracting, and that’s before they’ve started picking at a muffin like they’re disassembling it molecule by molecule. Maybe next time you’ll just sit in a parking space in the Asda car park.

I got tired of waiting, says Charles 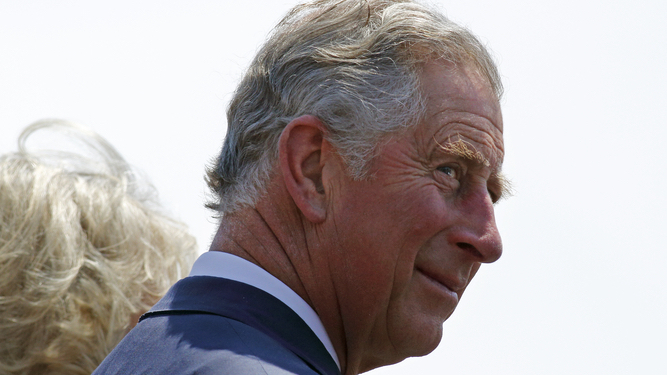 PRINCE Charles has admitted he visited the Queen while he had Covid because he is tired of waiting to have her job.

The first-in-line to the throne visited the Queen despite suspecting he might be infected to speed things up, because he feared he might have years of making biscuits just to look as if he does something.

He said: “I wasn’t testing positive before the visit, but I’d been to a big bash at the British Museum the night before so I thought it was worth a shot. Imagine my delight when the gamble paid off.

“Mum’s had a good innings, so if I want to see my face on a stamp any time soon it’s only fair that I get to help the succession process along a bit. I’ve probably only reduced the waiting time by a couple of months anyway so it’s no big deal.

“The palace is refusing to confirm or deny anything, which means she’s definitely got it. And if the worst comes to the worst I can’t be blamed because it’s not like I invented Covid. It’s the perfect crime.

“Everyone will be sad for a bit but I’ll regain my popularity by letting those jubilee bank holidays go ahead as planned. It’s all you care about anyway.

“King Charles. It’s got a wonderful ring to it, hasn’t it? Shame it’s a type of spaniel.”