Brand new vegan excited to ruin Christmas for everyone

A WOMAN who has only recently become a vegan is getting ready to shit on every angle of her family’s Christmas.

Nikki Hollis made the decision to stop consuming animal products after realising it suited her lifestyle choice of being passive-aggressively difficult, and is now excited to inflict her beliefs on her loved ones over the festive period.

Hollis said: “There are so many so aspects of Christmas that involve the consumption of things that were once part of animal, and I really care about animals. Almost as much as I care about pissing off my family.

“From the traditional milk chocolate coins in the morning, through a Christmas dinner of a dead bird and bits of pig wrapped in other bits of pig, to a cheese board groaning with solidified cow pus, I’m going to whine about it all.

“I can even ruin their enjoyment of sipping a nice glass of red wine by banging on about how it’s strained through fish guts. It’ll be the best Christmas ever.”

Hollis’ father Pete said: “We’ll probably lock her out. We’d happily accommodate a vegan, but Nikki’s just a massive pain in the arse.” 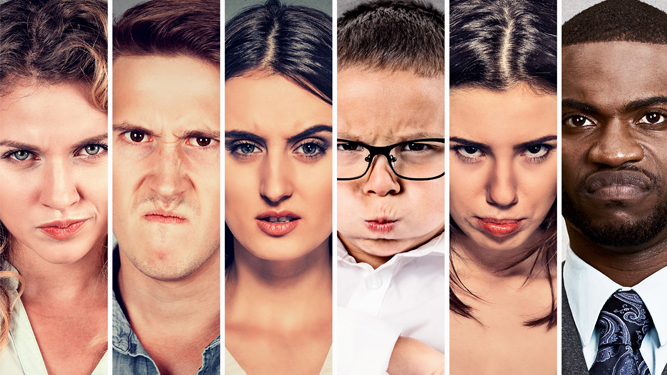 THE ‘deep divisions’ in British society are mainly just people enjoying getting angry about things, experts have found.

The Institute for Studies discovered many of the grievances were simply traditional gripes such as other people doing better than you or sausages going up in price.

Professor Henry Brubaker said: “I expected Britons to be demanding a fairer society, but it was more things like hating people in the next town for having a slightly better bus service.

“Many of the economic and geographic divides turned out to be weird made-up bollocks, like thinking employers immediately put your job application in the bin if you’re from the North.

“I sympathise with the woman from Croydon who can’t find a vet her chihuahua ‘gets on with’, but I’m not sure how voting Brexit will have helped.”

Marketing manager Nikki Hollis said: “Britain is totally divided. My sister lives near a Waitrose and we’ve only got a Tesco. Why isn’t anyone helping people like me who’ve been ‘left behind’?

“Also it was pissing with rain this morning. I bet that wasn’t happening in posh places like Oxford. They’ve probably got a dome.”

Builder Roy Hobbs agreed: “I’m furious about Toblerones getting smaller, even though they’ve changed them back.”