CHEFS have finally admitted calzone is just a normal pizza they have bollocksed up.

Professional cooks have revealed they only serve the Italian folded pizza dish because gullible customers think it is ‘rustic’, which makes them all continental and sophisticated.

Chef Martin Bishop said: “Chefs have been passing off calzone as real food because they don’t want to admit they can’t cook a round piece of dough with some stuff sprinkled on top.

“Calzones happen for all sorts of reasons. Last night I dropped a pizza on the floor and it got stuck together. Dough costs money so I just wiped off the mouse droppings and put it in the oven.

“Or maybe you want to increase profits by making pizza with rubbish ingredients like mouldy cheese and Spam. Just make a calzone. What you can’t see won’t hurt you, apart from the food poisoning.

“Restaurants have been passing off their pizza malfunctions as a separate dish for years. I might start calling burnt toast ‘artisanal char-baked focaccia’. Someone’s bound to buy it.”

Restaurant customer Emma Bradford said: “Last night all the plebs were eating normal pizza, but I had a calzone which was really doughy and burnt on the outside. I’m so much better than them.” 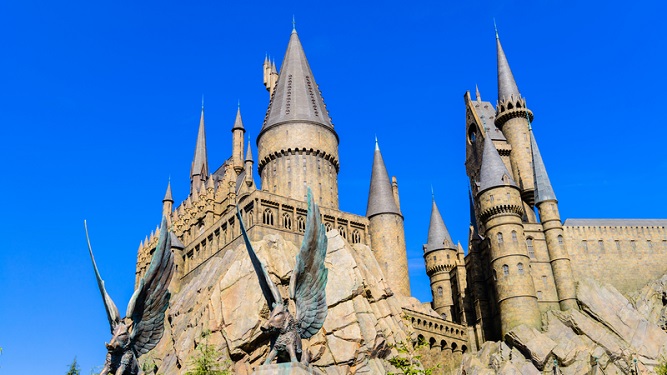 THE government has been criticised for giving all £50m of its new schools funding to the elitist institution Hogwarts School of Witchcraft and Wizardry.

The boarding school, which is highly selective, mainly admits children from wealthy aristocratic families and is expected to spend the money on wands and fancy magical banquets.

Headmaster Professor Albus Dumbledore said: “I’ve earmarked a couple of million for a new Quidditch pitch, which we don’t technically need because they float above it on broomsticks but it looks nice.

“We also have our own personal train and invisible platform at King’s Cross to maintain, neither of which muggles are allowed to see or even know exist but it’s only fair taxpayers stump up for them.

“A flagship school like ours encourages aspiration in ordinary children, who won’t ever be admitted because they can’t do magic. I’m afraid that’s just policy.

“Did I mention a full quarter of our pupils are evil? That might seem odd but it’s simply tradition. A wonderful Hogwarts tradition.”

Muggle Nathan Muir said: “I suppose I should be fucked off, but it’s no more unfair than all those grammar schools I pay for.”