ANYONE who says ‘We were just talking about you’ has definitely just been laughing about your failings as a human being.

Research by the Institute for Studies found 100% of chats among colleagues, acquaintances and even close friends focused on how shit you are.

Professor Henry Brubaker said: “Let’s put it this way – how many people do you know who say nice things about someone when they’re not there?

“Our study conclusively proved conversations in your absence mainly involve how you’re a bit up yourself, how you facially resemble Beaker from the Muppets and extensive pity for your sexual partner.”

She said: “It’s not always bitching. I always qualify anything nasty I might say, for example, ‘Gemma is lovely, but fucking hell she’s boring’. I think that’s pretty good of me.”

Professor Brubaker added: “Criticising people behind their backs is juvenile and cowardly, so I would recommend telling friends they look like a big fat pig in those jeans to their face.” 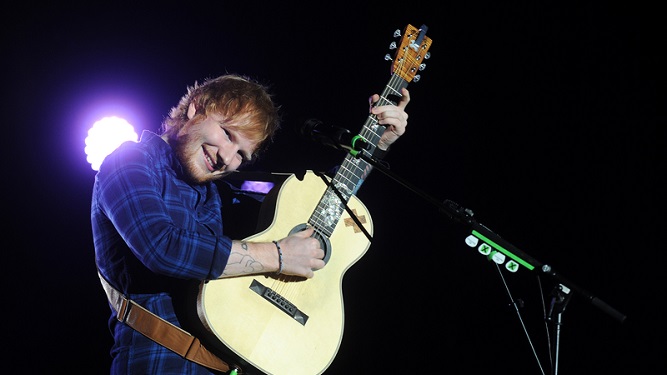 ED Sheeran has made it into the respected Sunday Times list of the most tedious music acts in the world.

The singer-songwriter’s high earnings and dreary output have allowed him to take his place among MOR legends such as Elton John, Andrew Lloyd Webber and Michael Flatley.

Sheeran said: “When I started out I tried to be spiky and interesting. I’m embarrassed by how little I knew about bland, commercial crap.

“With practise and hard work I realised the key marketing demographic is people who want non-intrusive Spotify fodder that goes down equally well at a barbecue, wedding or funeral.

“I rented a cottage and just sat there with my acoustic guitar writing song after song, all the time asking myself, ‘How can I be as bland as Zayn Malik?’

“The answer, of course, was Galway Girl.”

Sir Elton John said: “Ed Sheeran is an exciting new voice in the musical mainstream. One day he could write a Nikita or whatever Coldplay’s songs are called.”

Sheeran added: “This is my chance to take creative risks. I’m currently working on a West End musical featuring my own hits and some songs by Queen.”