Fruit not a f**king dessert

A COMPREHENSIVE survey of people who eat has concluded that no matter what the healthy say, a piece of fruit is in no way a dessert.

Persistent claims that substituting an orange for ice-cream or a slice of melon for cake is acceptable have been overturned by millions who have tried it once and declared it total bullshit.

Professor Henry Brubaker, of the Institute for Studies, said: “Several scientific studies have warned of the dangers of refined sugar, and that eradicating this from the diet unlocks taste buds to the natural, delicious sweetness of fruit. These people are chatting pure shite.

“According to dietary science, fruit cannot be a treat. Fruit is the food group that you suffer through in order to enjoy the nice bits, like a Flake, a Twirl, a bag of Maltesers or all three.

“Granted, some fruits seem deceptively treat-like. To some even a mango can even feel indulgent. However, we urge these twats to seek out cookie dough ice cream, eat that, then see if they find any joy in a mango.

“If you yourself are struggling with thinking fruit is a f**king dessert, please speak to your doctor about being prescribed a Terry’s Chocolate Orange.”

Seven films everyone loved that are properly shit 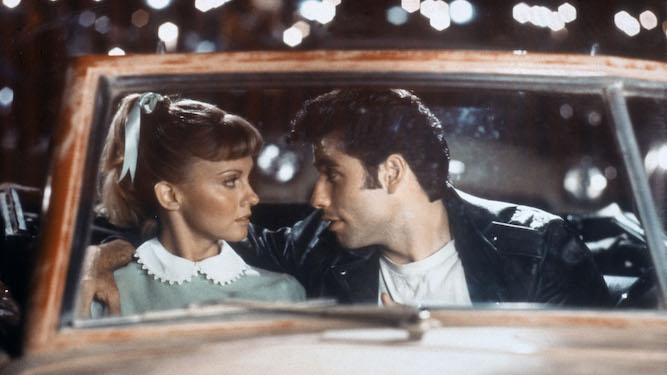 DO you sometimes feel highly successful, critically praised movies are in fact a load of f**king shite? Like these?

A charming, catchy-song-filled, retro-themed classic, or so people would have you believe. In reality a bunch of delinquent greasers shagging and street-racing who if they lived in your neighbourhood you’d want them all on ASBOs. Olivia Newton-John looks much nicer in pretty summery clothes and every teenager is about 35.

Nine hours, or 11 hours in the extended versions, of beardy bullshit. Everyone’s in robes, they all claim to be following rules of magic and lore that are never explained, and the whole story’s quite clearly made up as it rolls along. And it won shitloads of Oscars.

So big at the box office in 1991 it was breathlessly discussed outside the cinema as people attempted to solve the mystery. But it’s such a weird gumbo of every JFK assassination theory rocketing past at breakneck pace you don’t have time to think ‘Hang on, this is bollocks’.

Any Fast and Furious film

Can you even remember what the f**k is going on in these? They made sense when about street racing but once Vin Diesel’s dragging a safe behind a humvee breaking all the laws of physics they’re at once completely nonsensical and obsessed with their own continuity.

Gritty and gruelling with incredible production values and a cool bear. Unfortunately the story is ‘Try not to die, Leonardo’. That’s it.

A double-entry for James Cameron for this hideously lurid mess of a movie, full of insane flappy dragons and giant Smurfs, like dropping three tabs of acid at 11.30am and watching five tellys showing five different children’s channels. There are sequels coming. And you’ll probably queue up to f**king watch them.