A MAN in his late 30s still either overestimates or underestimates how much milk his cereal will need every single morning, he has confirmed.

Joe Turner once again flooded his Cheerios with milk this morning and spent an unpleasant second half of the meal cursing himself while picking floaters out of the bowl.

“Some mornings it’s so dry it’s like that food cheap people give their dogs. Other days it’s a fishing expedition. Why can’t I ever strike that moist-crunchy balance?

“And I’ll come home tonight and there won’t be enough milk for a cup of tea, and it’ll be my fault because there was too much in my cereal, and when will I break out of this vicious circle?

“Once I tried pouring the milk back in the bottle but my coffee tasted of Shreddies. That’s not something you want your coffee to taste of.”

He added: “I have considered having a milk jug next to me while I eat and adding more as necessary. But what if someone saw me.” 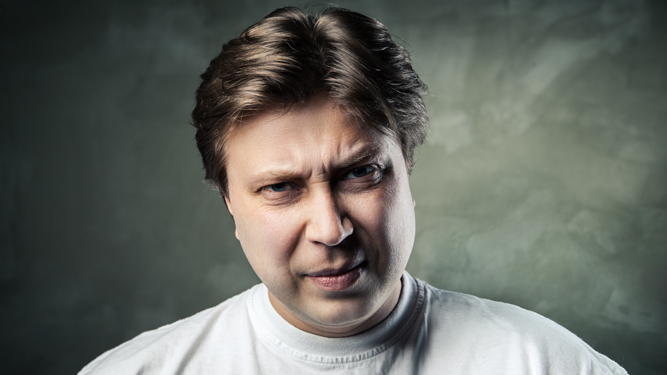 A MAN in his mid-30s is still wondering if it is really too late for him to become a professional footballer.

Tom Booker said: “It’s not totally out of the question as Ian Wright did not turn professional until he was like 21, though that is still a big age gap.

“Sure, at 35 you’d imagine that dream would be dead. But you haven’t seen me play five-a-side on a Sunday.

“Obviously, all the other lads are hungover and in many cases, still drunk and/or still drinking, but I scored eight goals the other day. Which is actually amazing for a 35 year-old.”

He added: “I’m aware that doing it in the Premier League might be a little different, but what do you want me to do?

“Just bury that pipe dream and get on with my actual work? Give me a f*cking break.”