A GENERATION who were robbed of deliciously unhealthy school meals by Jamie Oliver have told him that what goes around comes around.

Anyone who attended school in the 00s, when the chef’s campaign for healthy school meals deprived them of food that not only tasted great but was exotically shaped, believes the collapse of his restaurant group to be a balancing of the cosmic scales.

Carolyn Ryan of Doncaster said: “He’s lost millions. But I lost one of the only things that made my schooldays bearable, so I still say it was worse for me.

“It wasn’t just the Twizzlers. They stopped our nuggets, our pies, our endless chips. Just because some fat-tongued twat decided he needed a new angle for his TV shows.

“They made us have vegetables, but do dinner ladies know how to cook veg Jamie? Do they? Deep-frying was the limit of their skills. It was an atrocity.

“So no, I’m not sad that his poncey fake Italian restaurants have gone bust because the less he can inflict what he thinks is acceptable food to eat on the masses, the better.

“I’ll celebrate by going to Greggs, as I do every lunchtime, for a steak bake and a bottle of Fanta.

Are you sexually promiscuous enough at work? 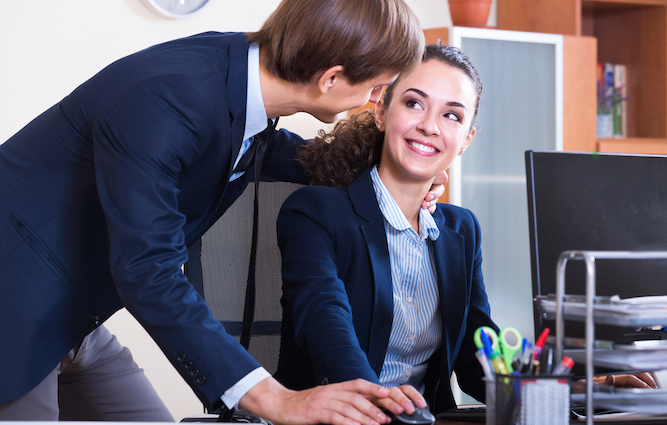 ARE you worried that you’ve slept with less than half of your office, and it’s affecting your reputation and career prospects? Take our test:

How do you get on with your colleagues?

A. You have some good chats and a bit of banter, perhaps occasional light flirtations.

B. You avoid speaking to around a quarter of them because you’re both haunted by bad sex in a Holiday Inn Express in Wolverhampton.

What stresses you out at work?

A. Struggling to meet your performance targets.

B. Shadowy figures glimpsed in the car park who might be Lucy’s husband Steve on leave from the Royal Marines waiting to rip your arms off.

Do you socialise with your colleagues?

A. Every few months we make the effort to have a pub lunch out on a Friday.

B. If by socialise you mean ‘surreptitiously have affairs with that end acrimoniously’ then yes, though even the ones you haven’t shagged think you’re a bastard now.

Do you have any occupational health worries?

A. I get twinges in my wrists from typing.

B. I get twinges in my knob from STDs.

What was your last bollocking from your boss for?

A. Forgetting to process a batch of invoices leading to complaints from irate suppliers.

B. Getting spunk on the dashboard of her Audi.

Mostly As: You are sensible, boring, and have never had to retreat to the stock room sweating in terror because the managing director’s PA is late. You know, ‘late’. And it’s damaging your career.

Mostly Bs: You’re the office lothario, Romeo, and gigolo, and you’re receiving promotion after promotion from bosses who’ve inadvisedly slept with you and don’t want to look at you any more. Congratulations.