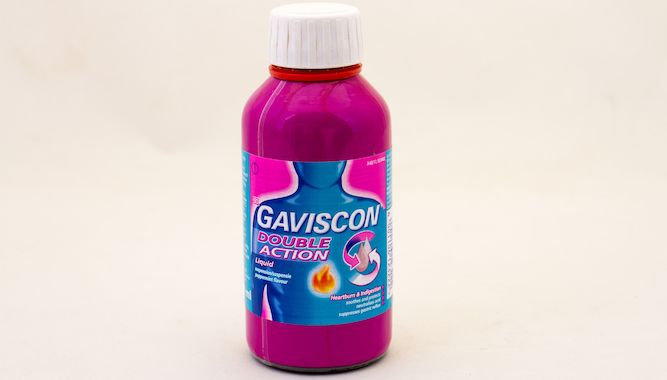 A DAD is getting into the party spirit by doing repeated shots of Gaviscon.

Bill McKay, aged 43, who has spent days consuming nothing but meat, cheese, biscuits, chocolate and beer, is knocking back the shots grim-faced after belching acid.

He said: “Christ, that’s bad. Line up another one. Do one yourself if you want. It’s chalky, but that’s what you want.

“I’ve no idea why this happens, it’s completely random. I’ve been eating quite healthily, you know I had a banana yesterday? Was it yesterday? No, it was the 23rd.

“Rennies? Double-dropped two earlier, but they’re not really touching the sides. That’s when I broke a bottle of the good stuff out from the back of the bathroom cabinet.

“I think maybe some of those Quality Street were off. Or those pies. Perhaps it was a bad idea to finish off the pigs-in-blankets at 2am. Scuse me while I sink another Gavi.”

By evening McKay is expected to have abandoned his Ibiza ’02 shot glass and be swigging straight from the bottle.

Presents reveal no-one in family knows each other 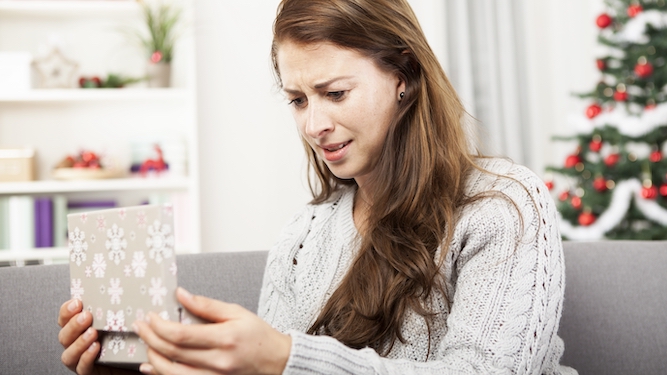 A FAMILY has passed another year without bothering to get to know one another well enough to buy suitable presents.

The O’Connor family have succeeded in maintaining a level of intimacy similar to that you develop with someone you get chatting to in a long queue at the post office.

Oliver, 34, said: “The family WhatsApp only really gets used to share news of who has died. Unfortunately this also means we can only think to give each other things like Boots gift cards.

“My sister gave me a truckle of stilton this year which I sense was a leftover from some of her corporate gifting, given that I’ve got a serious dairy allergy.”

Lucy O’Connor, 32, said: “I had a baby this year and I saw it as a chance for our family to build bonds beyond managing to remember each other’s names.

“However, my parents gave me a wooden doorstop for Christmas so I don’t think we’ll ever be close.”