Man would have panic-bought but there's loads of stuff left

A MAN has abandoned a panic-buying supermarket run after arriving and seeing that the shelves were still perfectly well-stocked.

Nathan Muir of Stoke-on-Trent arrived at his local Asda intending to load up on toilet paper, pasta and soap but on discovering there was plenty of each left felt too embarrassed to buy more than his usual amount.

He said: “On these videos online there’s loads of people piling their trolleys high with loo roll and I was determined not to be left out.

“But I rushed to the paper products aisle only to find there was about as much stock as usual, and nobody was there in a frenzy sweeping the shelves bare, and if I’d done it I would have looked a right dick.

“I put six bags of pasta in the trolley but by the time I’d reached the bread I basically remembered that I don’t even like pasta so I put four of them back.

“I ended up just getting a pretty standard big shop. There was a bloke at the self-service tills with about 16 packets of crumpets so I almost rushed back, but nobody’s panic-buying crumpets. He just must like crumpets.”

Following Muir’s confession, all the other shoppers admitted they were there to panic buy but were waiting for someone else to do it first. 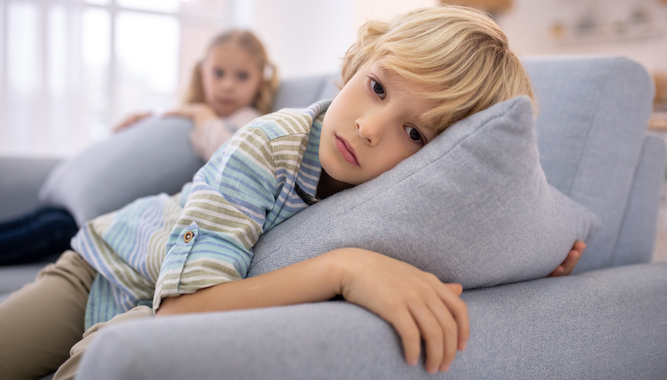 SCHOOL closures due to the coronavirus could lead to extremely condescending lessons at home, the children of middle-class liberals fear.

Thousands of youngsters have noticed their Guardian-reading parents becoming increasingly excited about the chance to prove they are better than professional teachers.

Thomas Logan, aged eight, said: “Daddy was thrilled about schools shutting down in Italy, and brought a whiteboard home from his office. I have no illusions about what is coming.

“Mummy’s put desks and chairs in the garage and there’s a timetable on the wall with ‘Gender Awareness Studies’ three times a week and something called ‘Non-Competitive Exercise Hour’.

“Last night they drank two bottles of Rioja and starting ranting about the ‘whitewashing of history’. Then they started googling obscure black historical figures. That’s going to be painful.”

Dad Graham Logan said: “I’m hoping the school doesn’t shut down. I’d hate to prove I am a gifted history graduate who really should have his own series on BBC2.”