A MAN in his 50s has been devastated after discovering the cake he admitted tasted great contained no animal products.

Norman Steele was tricked into eating, and deriving pleasure from, the cake by his 22-year-old daughter Lucy, who deviously hid the cake’s true nature so he was forced against his will to taste it with an open mind.

He said: “It’s not fair. She’s not even vegan. There was no way I could have known.

“It’s the shame of it all. I openly volunteeed that it was delicious. That it had a lovely moist texture. That the frosting was really creamy. I asked Lucy what her secret ingredient was, and that’s when my world came crashing down.

“Why would she do it? If I’d known it was vegetables I’d never have touched it. I definitely wouldn’t have liked it. What now? Do I have to try other things in case I like them, like liberalism or microdosing LSD?

“I could have really savoured slagging off that cake and telling her Norm’s a man not a rabbit. Now I’m a traitor to myself. What next? Bloody soy milk?”

Lucy said: “For now I’d better keep to myself that it was gluten-free.”

How to make yourself feel clever on the internet 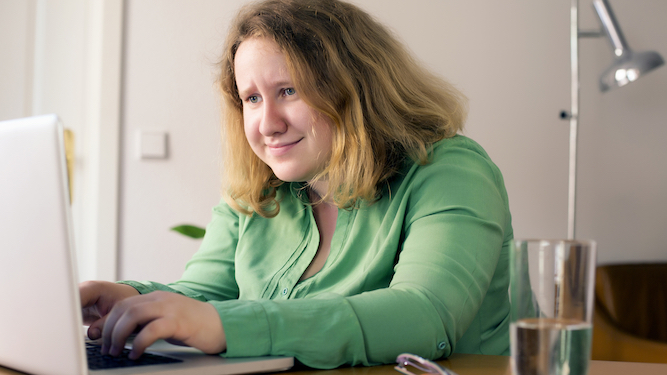 ARE you stupid in real life? Want to feel briefly intelligent? Simply do these obnoxious internet things:

Call everything a scam

Someone posted a news story to Facebook? Superciliously respond ‘you don’t believe that, do you?’ and follow up with ‘of course that would be what the media said’, leaving everyone wondering why and how the BBC would fake a flood alert in Cumbria.

Have no idea about popular culture

Kylie Jenner? Who? And effortlessly you’ve catapulted yourself into an intellectual stratosphere where mere celebrities are so far beneath your attention you’re literally ignorant of their very existence. Three posts before you were arguing that Lewis Dunk is a better centre-back than Mason Holgate.

Why be clever yourself when others can do the hard work for you? Retweet a YouTube lecture about artificial intelligence being the command economy future, adding ‘Fascinating stuff!’ Nobody’s going to watch it or challenge you on it.

The iron rule of stupidity is: there’s always somebody stupider. Find that person – they’re probably trending – and join the mob. Get in a few decent insults and walk away glowing with pride at your high moral standing. It could never happen to someone smart like you.

Everyone knows more about one tiny obscure area than anyone else. Somewhere on the internet there’s a forum where your in-depth knowledge of 1980s Mazda exhausts can be used to beat people over the head, for their own good.

Your fellow internet users aren’t tweeting about Adele’s tracklist with numb fingers while waiting for buses. No, they are serious people and every word is carven in stone, so if they miss an apostrophe point it out, ridicule them, and consider their entire argument invalid. There. Don’t you feel clever now?