AN embarrassed mother-of-two is anxiously replaying the brie-fuelled conversations about house prices and grammar schools she had at a dinner party last night.

Francesca Johnson, aged 39, admitted that after the tamarind-marinated bavette steak that the rest of the evening was a blur.

She continued: “I could feel myself losing control early on with the stilton puffs. A couple of heads turned when I was waxing lyrical about the novels of Elena Ferrante.

“But by the time the cheeseboard came out, I was completely off the rails. Hot yoga, Tom Hiddleston, the perils of buy-to-let, I didn’t give a shit. All I wanted was more brie.

“I’m pretty sure I had half the wheel, and I must have had gluten because I’m horribly bloated. Simon wasn’t much better. I’m sure I remember him claiming he was going to found a free school.

“Was I cramming it in without even taking the rind off? I need help.”

Host Carolyn Ryan said: “We were all pretty high on our own status. After they’d gone I binged six episodes of The Crown.” 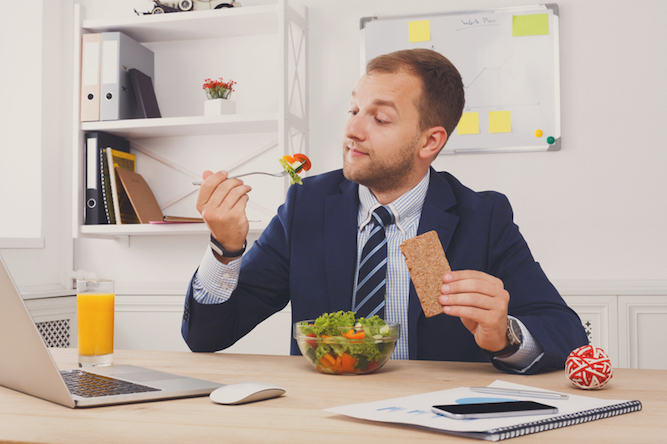 AN ARSEHOLE is upsetting his colleagues by bringing a really lovely packed lunch into work everyday.

Colleague Wayne Hayes said: “Every time he pops out a homemade Keralan curry or wonderfully fresh, organic salad, it just reminds me that my life is a chaotic mess.

“His dishes perfume the air. I put my value beef lasagne in the office microwave and it smelt like I’d heated up a pair of underpants.

“Just go to Tesco Metro and get a depressing meal deal like the rest of us you absolute fucker.”