QUICHE is just an underachieving distant relative of pizza, scientists have discovered.

Researchers found that quiche shares 98 per cent of pizza’s genetic material, but has never been sufficiently motivated to become delicious.

Food analyst Emma Bradford said: “Unlike its high-achieving cousin pizza, quiche never really got its act together which is why it is bland, flavourless and chalky.

“There’s clear potential for quiche to become a worthwhile food, but at the moment it’s just too busy sitting on its arse, being a quiche.”

Quiche Joseph Turner said: “I could go out and get a sauce and maybe some anchovies, but to be honest I’d rather stay here on the lower rungs of this pub fridge, being tasteless and pallid.

“I just don’t feel motivated to get better ingredients. Maybe I’m depressed because of the excessive amount of egg I contain, which gives me that greasy unappealing sheen.”

People discovered who drink wine for its flavour 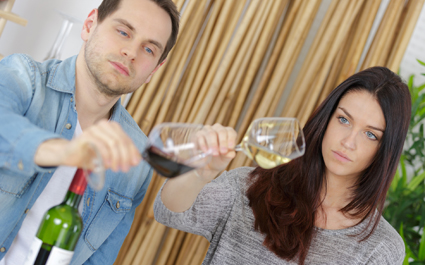 THERE are people who enjoy wine as something other than a means of getting wasted, it has been claimed.

Researchers found that some consumers of wine, a sour fruit-based liquid that carries alcohol into the bloodstream, only drink relatively small amounts claiming an ‘appreciation’ of its flavour.

Professor Henry Brubaker at The Institute for Studies said: “Apparently there are some people for whom the taste and smell of wine is a bigger deal than getting wasted. Bet they don’t have kids or stressful jobs.

“Some of them even claim it tastes of tree bark or summer meadows. What a lot of bollocks.

“Give a glass of wine to a child, as many parents do at bedtime and rightly so, and they will candidly tell you it tastes like berries and urine. The only way to make any of it taste acceptable is to add lots of lemonade.”

“Often that story is ‘drink more of me, I will get you pissed’.”