Morrissey to donate all proceeds from new single to bastards

Morrissey confirmed that all the money he makes from his new single Utterly Miserable Pretentious Christmas will go to BastAid, a charity that helps bastards, twats and arseholes.

He said: “Often bastards, especially older rich white bastards, don’t have anyone to speak up for them.

“All the money I make from my new single, which isn’t that good to be fair, will go towards helping these poor men.

“Perhaps it will help build a shelter for falsely accused Hollywood moguls or maybe it will fund further education courses for predatory actors.”

UKIP member and bloke who used to say The Smiths were for ‘fruits’ Wayne Hayes said: “As long as he doesn’t sing or wave any leeks around then Morrissey might just be our Christ figure.” 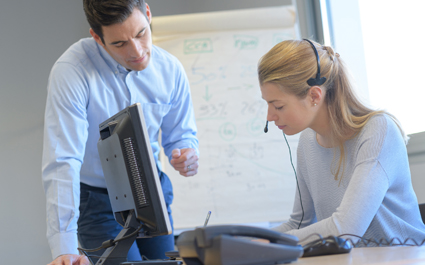 A BOSS has explained his non-sexist approach to a female worker while staring directly at her chest.

Seemingly unaware he was 100 per cent looking at Traherne’s tits, Booker said: “It’s terrible all that stuff going round in the papers about celebrities and whatnot.

“This is a safe and progressive place to work. You won’t get any 70s-style ‘funny business’ here.”

Without once raising his eyeline above his colleague’s chest region, Booker went on to explain that if she did encounter any ‘pervs’ she should tell him at once.

He added: “I take a very dim view of that sort of thing. In fact I might even beat them up. That’s the sort of thing I do as a strong protector.

“You can feel my bicep if you like. I do boxing training so it’s quite firm.”