Supermarket accidentally sells pizza with enough toppings on it

A SUPERMARKET has offered a full refund after a man bought a pizza with a satisfying amount of toppings on it.

Wayne Hayes purchased the pizza because he fancied some lightly smeared hot bread for his evening meal, but was horrified to discover a generous covering of mozzarella, pepperoni and even tomato sauce.

He said: “This isn’t what I pay for. I wanted a few paltry cheese circles all on one side and a limp scattering of pepperoni more like plastic than meat.

“Instead I got one which was covered deeply and evenly with a vast array of appetising toppings, none of which got irretrievably stuck to the plastic wrapping when I took it off.

“Even cooked there were no areas where the toppings had receded to leave bare oil-stained bread, like a beach with the tide out. And it tasted nice. What is the world coming to?”

Supermarket manager Wayne Hayes said: “We can only apologise for this terrible oversight which saw a genuinely edible pizza given to a man who was expecting a comfortingly substandard meal.

“We’ve given him a refund and a voucher to spend on cheap, tasteless, barely-filled sandwiches that taste of nothing but cold to make up for it.”

Men getting ready to pretend they understand rugby 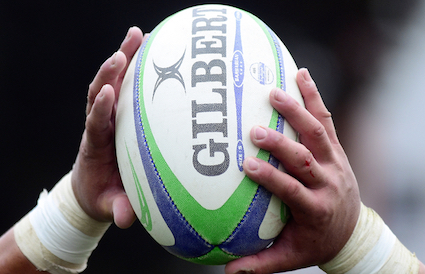 MEN across Britain are training hard so as not to appear totally baffled by the Six Nations tournament.

With kick off apparently later on today, experts said phrases such as ‘they were never binding properly, there’ will be vital to concealing rugby ignorance.

Pretend rugby expert Tom Booker said his reputation was based on confident use of phrases such as ‘When are they going to put an end to this truck and trailer fiasco?’

He added: “If I say, ‘Bloody coming in from the side again’ every so often the big blokes at the bar will look at me and nod.”

Roy Hobbs added:  “I haven’t had enough time to develop a completely fake grasp of rugby, so I’d advise beginners to just learn one phrase, probably, ‘Surely he was off his feet when he handled then?’.

“I’ll use it randomly six times during every match.”