Tax these latte-loving bastards until they bleed, says Britain

BRITAIN wants the ‘latte levy’ to be followed by as many punitive taxes on coffee obsessives as possible.

The proposed levy, which will add 25p to disposable cups, should be only the first of a raft of measures including a progressive tax rising to 100 per cent on ‘artisan espressos’.

Helen Archer, from Southampton, said: “These arseholes already shell out £4 for something that costs 20p to make and then wear it as a badge of pride. Make it fifty quid a cup.

“Also we should take a percentage of income from anyone who says ‘Can I get a real bloody coffee please?’ like Justin from accounts does all the time, but I recognise that’s difficult to enforce.

“This could solve the NHS crisis at a stroke. Anytime we need a new MRI machine, I’ll just tell a meeting ‘I think you all need perking up,’ and they’ll nod in unison like foul-breathed labradors and then do a Costa run.”

Woman leaves house to give her cat some space 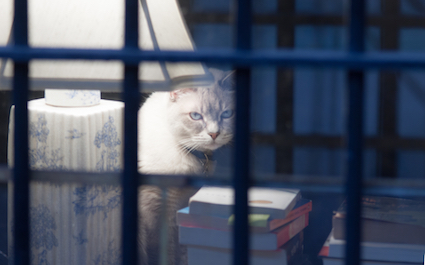 A WOMAN has gone on a shopping trip so her pet cat can enjoy a bit of alone time, she has admitted.

Jane Thomson, from Stevenage, said that she could see the signs, that she knew when she was not wanted, and it was healthy for them both to get a bit of space now and again.

“Tabitha’s normally a wonderful companion but we can get on top of each other in that flat and it’s not like she can go to Costa so it’s up to me. Which is no problem.

“I couldn’t really concentrate anyway because there was this seething, furry ball of resentment squatting at the other end of the sofa wanting me dead. She probably was doing it for my own good. She sensed I needed a break.

“I thought she might want a cuddle, but she ran into the kitchen and started cleaning herself as if she had just been touched by Michael Gove.”

Thomson added: “I’ve been out for two hours, but I’ll leave it a bit longer because I don’t want to crowd her.