The top six nasty, healthy treats middle-class mums give to their kids

SOME children are so middle-class they have never tasted Flamin’ Hot Monster Munch. Francesca Johnson counts down their top six cruel, deceptive treats:

Low on the list because they’re available from wrapped from shops like a common Mars, these are fruit and nuts crushed together to resemble something that tastes pleasant. Your precious prodigies will never know the difference.

If you’re wearing a maxi dress and carrying your baby in a precarious wraparound scarf, you’re giving your child unsweetened, unsalted rice cakes and pretending they’re a treat. Kills cravings by chewing on a great big piece of polystyrene, with all the added flavour of plain, dry rice.

McDonald’s is a dirty word in our house, as is single-use plastic. Why have chips when you can have the equally crispy, fluffy and warm texture of a raw carrot? No grazed knee can hurt when you have the comforting pleasure of popping these bad boys in your mouth – even two at a time!

If your kids have been particularly good, perhaps by spontaneously saying they would never go to a school Ofsted rated lower than ‘outstanding’, reward them by letting them scoop up natural yoghurt with their batons. With all the taste and texture of ice cream left out in the sun for three days, it’s the height of luxury.

The birds can’t have all the fun, so if you’re giving the kids a cheat day throw them a handful of these natural delights. A woman I know whose cat chose to be vegan says these are better than sex, so unlock your little ones’ sensual side with plant compounds that help fight Type II diabetes.

One: a handful of raisins

Known as ‘nature’s candy’ by mothers for whom Halloween is a living hell, the raisin is the ideal reward after an evening viola lesson. Just keep an eye on the sugar, and the pesticides. In fact, these may not be worth the risk, the local Anti-Vaxx Mum’s WhatsApp says.

How to spot the most cretinous possible interview subjects: A BBC reporter's guide 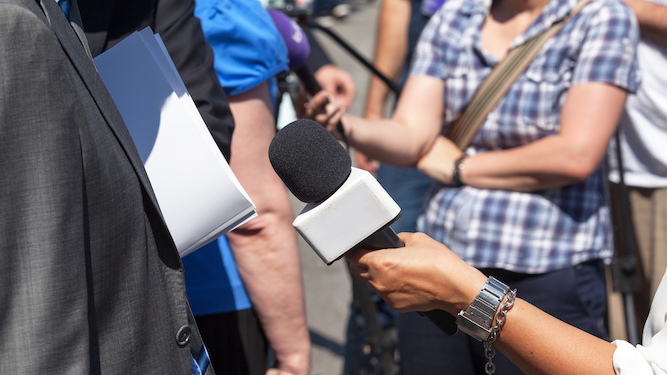 ARE you a BBC reporter canvassing public opinion out in the regions? Make sure you get an unrepresentative sample of dickheads with these tips:

Most people offer measured, thoughtful opinions at lunchtime, and if you wanted that you could have stayed in London. Daytime drinkers, particularly in Wetherspoons, are much more likely to offer trite views like ‘They’re all liars’ and also have a deep love of Brexit, which of course was entirely based on pure and noble truth.

Seek out the angry

Look for taut neck muscles and red skin. They’re never angry about their own precarious financial situation, it’s either immigration or something incoherent. ’There’s no respect. None. Corbyn? My dad fought in Korea.’ Nod seriously as if this is important information you will be pondering late into the night.

Need some vapid left-wingers? There’ll always be a few 18-year-olds drifting around when not doing A-level textile studies. Expect some vague, gormless stuff about the environment or not being able to work abroad. They’re the other side of the ‘thick Brexiter’ coin, necessary for balance.

The ideal interview subject is someone aged 70+ who has never left the town they grew up in and only cares about their pension. It’s the only way you’ll hear the authentic voice of 21st-century Britain.

These awkward bastards might be concerned about the economy and informed on the issues. Yes, even in Hartlepool. Easy to avoid because you’ll be in the studio editing your witless vox pops before they finish work. If you must speak to someone with employed, go for angry market traders convinced the French are stopping them selling 99p Chinese alarm clocks.

If someone says ‘I’m sick of being called a racist for being white,’ steer clear of reasonable questions like ‘Has that actually ever happened?’ Journalism isn’t about asking questions. It’s about nutters.