EVER think you would end up rubbing every item of shopping you buy with antibacterial spray? No? What other bizarre habits are now normal?

Washing boxes of fish fingers used to be the kind of behaviour that Channel 5 enjoyed making lurid documentaries about. But now we’re all obsessive-compulsive clean freaks who think nothing of rinsing a packet of crumpets under the tap.

Remember the days when the most you needed to pop to the shops was a jacket? Now a face mask and gloves are necessities, which must also be classed as essential because popping out for a bag of crisps could cause untold deaths.

Clapping on your doorstep

In the ‘before’ time, standing on your doorstep applauding the heroism of the Morrisons delivery driver would be looked upon with either derision or concern. Now the miseries who don’t are the ones who are judged.

Worrying the police will stop you for walking

Walking along, rehearsing stories about how it’s the only time you’ve been out that day officer in case you’re stopped, paranoid about being caught by police… all a ridiculous fantasy of a fascist state mere months ago. Unless you’re an ethnic minority, in which case same old same old.

Being obsessed with flour

Two months ago, the only bag of flour in the cupboard was a year old and full of mites and nobody cared. Now you rush to the baking aisle in Tesc, ignoring the one-way rules to get a precious kilo of super fine ’00’ grade. ‘This is real pure,’ you say, as you snort a pinch from the end of your knife. 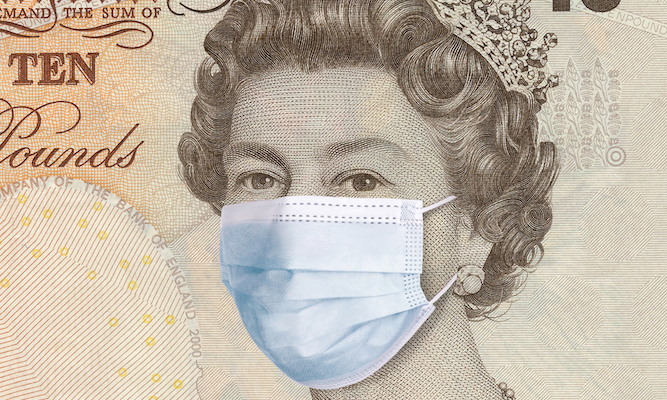 GOVERNMENTS globally are rushing to discover a cure and vaccine for COVID-19 before they accidentally find a cure for capitalism.

The pandemic is forcing countries around the world to face a number of difficult questions, of which capitalism appears to be the answer to none.

Denys Finch Hatton of the International Monetary Fund said: “The actions we are taking to fight this virus – high unemployment funds, housing the homeless, forgiving billions in public debt – are also solving the problems of the free market, which must not happen.

“In America it’s even worse. They are having to stop people losing their houses for getting ill. What if this lasts for years? It could change everything.

“We need a vaccine, and we need to be able to make money off it, and everyone to have to work to be able to keep vaccinated, and we will administer the funds.”

Sovereign wealth fund manager Martin Bishop said: “At the end of this, I need to be 30 per cent richer or it’s been a waste of time.”