A CAT has confirmed that it is considering charging its owner rent to cover the amount of time he is spending in its house.

Five-year-old black cat Steve Malley said that he was initially willing to take the hit given the circumstances, but now this seems permanent he has little choice.

He continued: “The first couple of weeks, I was like ‘Oh, okay, you’re here all day again. Like yesterday, and the day before. Fine. I’ll cope.

“And yeah, I guess I took advantage and got a few extra treats. But given that this isn’t going away, I think we need to move things onto a more formal basis.

“Let’s start it at an extra £235 a week, with the understanding that I get first refusal on all patches of sunlight and you knock before coming into the back yard.”

He added: “I can go out and get that virus you’re so frightened of and bring it back here this afternoon. Deal on the rent? Deal.” 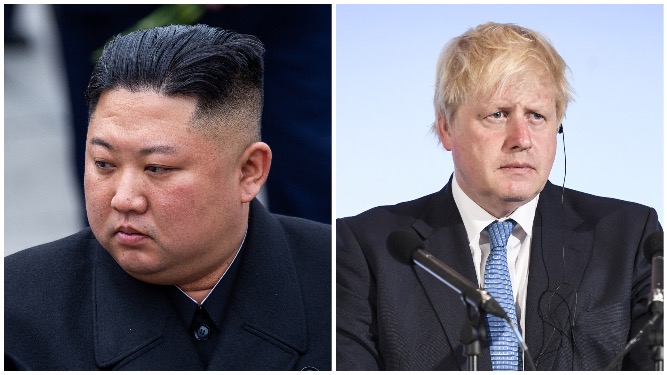 THE news that a curiously-coiffed dictator is ill and his yes-man government is falling apart has left Britain, sorry North Korea, reeling.

The state, which has deliberately cut itself off from its neighbours and whose media is non-stop propaganda claiming everything is wonderful, is thought to be closer to collapse then ever. Still North Korea.

An aide to the supreme leader said: “He’s ruthlessly removed from power anyone he considered a threat, anyone with their own opinions, anyone who’s offended him. There are only headless chickens left.

“The country’s been run into the ground and is in no state to battle a global crisis. Now he’s holed up in one of his palaces with his mistress, who’s going to be in charge? Michael Gove?”

Another insider agreed: “All he does is swill cognac and rant about how the decadent democracies of the EU are doomed.

“But he’s still in control of a nuclear arsenal. And he’s such an insane egotist he might try to take the world with him. Again, just for clarity, this is Kim Jong-un.”

President Trump has sent messages to both leaders, hoping they will soon recover and rejoin his gang of mad bastards destroying Western civilisation.