A WOMAN who decided to get her Easter shopping done early has become trapped in a cycle of chocolate consumption.

Nikki Hollis took advantage of the early availability of Easter eggs at Sainsbury’s and bought half-a-dozen for her children and relatives, wrongly imagining she had some willpower.

Despite hiding them in a top cupboard, a series of defeats to late-night temptation meant she had consumed all six eggs within a week.

Hollis said: “So I bought some more. And then the same thing happened again. And again. I had to go to Tesco for the last lot because I kept getting the same checkout man at Sainsbury’s.”

Hollis attempted to hide the fifth batch in her loft, which now contains no eggs and some discarded cardboard and foil wrapping.

She added: “For the next lot I’ll have to bury them in a chest in the garden and throw away the key. It’s extreme, but I can’t see any other way.

“I blame the supermarkets. They’re taking advantage of totally pathetic people like me. They shouldn’t put these eggs on sale till Good Friday.” 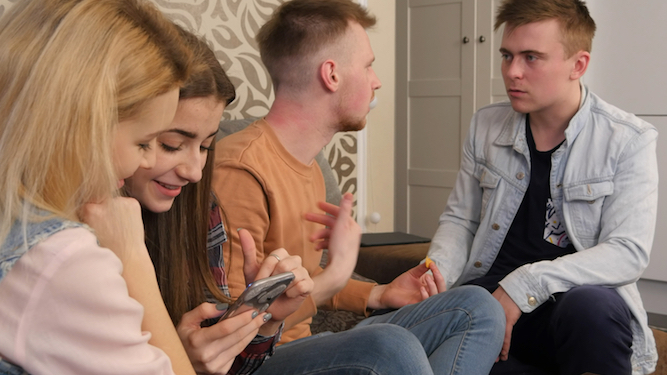 DO your housemates annoy the hell out of you? They may well have some or all of these supremely annoying habits.

They would rather live in a sh*t pit than empty the bin. They just keep balancing cr*p on top of other cr*p until it spills out like some weird game of ‘bin jenga’. Naturally there’s no way you’re emptying it – have you seen that thing?

They try to talk to you first thing in the morning. “What have you got planned for today?”. “Did you sleep well?”. It’s like being interrogated by really boring detectives. Just f**k off and let me drink my coffee, pal.

They bring dysfunctional friends round. It’s great to get home from work to find your living room occupied by a weirdo called Simon who doesn’t even say ‘hello’. And is he ever planning to leave or does he intend to sit silently in the armchair all night like a ghost?

They leave sh*t stains on the toilet. Along with a host of other annoying domestic habits. After months of never throwing away empty loo rolls, keeping weird food in the fridge and obstructing the hallway with their mountain bikes it’s a miracle you haven’t gone on a murder spree.

Everything they do. Let’s face it, Ross, Rachel, Monica, Chandler, Joey and Phoebe sold us a lie and living in a wheelie bin would be better than sharing a space with these b*stards.