Git of the Year

Welcome to the Daily Mash’s inaugural Git of the Year poll. It’s pretty self explanatory really. There is a list of gits and you vote for one.

Voting has now closed in the Git of the Year poll.

Did we mention that we have a book out? www.thedailymash.co.uk/random 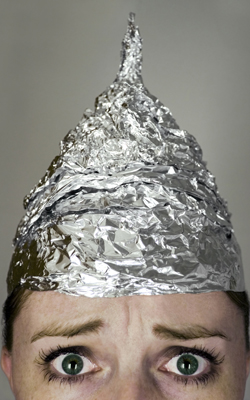 BRITAIN’S national character now includes the belief that everything is an evil conspiracy.

The Institute for Studies found that all Britons believe in some sort of hostile plot, even if it was just their neighbour deliberately making his cat shit in their garden.

Professor Henry Brubaker said: Britons think life is governed by conspiracies, such as doctors all being in the pay of drug companies, or teachers using GCSEs to advance a secret Marxist agenda.

These beliefs are now so common that they have become part of Britishness, along with the famed stiff upper lip, a sense of fair play and eating gentrified American food.”

Professor Brubaker added that he had been unable to dissuade members of the public from being paranoid because they thought all scientists were devious, like Lex Luther or the Mekon.

Office manager Nikki Hollis said: Everybodys trying to rip you off these days. Yesterday the cashier in Sainsburys said Goodbye as I left, which was obviously to distract me from checking my change.

Politicians are the worst though. My friend Sandra said theyve started making all the immigrants invisible so you cant see how many there are, and she knows about these things because shes in the BNP.