40-something asks GP to test for whether he's still relevant

A MIDDLE-AGED man has reluctantly decided he should ask his doctor to check whether he is still trendy.

Martin Bishop, 45, had been experiencing worrying signs of slipping into boring middle-age, and decided the only responsible thing to do was get it checked out.

Bishop said: “I’ve always been ahead of the curve when it comes to music and fashion, but recently I’ve been having disturbing episodes like admiring Jeremy Clarkson’s practical outdoor jackets.

“My wife’s concerned because I’ve started getting really interested in lawnmowers and my friends are sick of me hassling them to go to dull country pubs with no music.

“My only option is to see the doctor. I’ve heard about it happening to other people, but I never thought I’d be the guy listening to Snow Patrol on the way to the garden centre.”

GP Emma Bradford said: “After running tests I’m afraid Martin is suffering from early onset ‘being an old codger’. It can’t be reversed as he’s reached the stage of agreeing with the Daily Telegraph.

“I’ve prescribed him some new trainers but really we’re looking at a steady decline into becoming fascinated with the badgers on Countryfile.”

Smug couple hobbies that will make people hate you even more 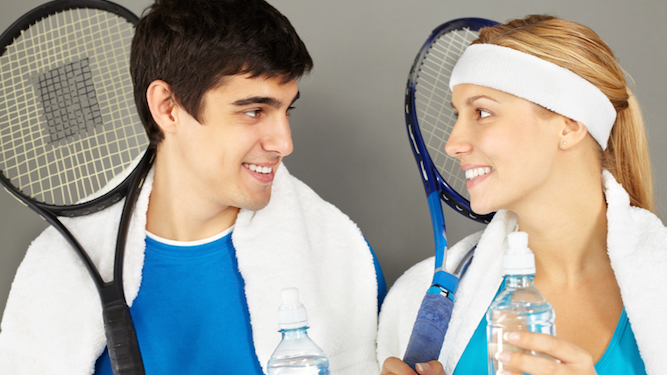 DO your friends already hate you because of how sickeningly loved-up you are? Taking up one of these awful couples’ hobbies will really ratchet up the nausea.

This twee form of dancing is exactly the type your grandparents ditched several decades before you were born because of its innate annoyingness. Why not start learning it if you want to become 100% more punchable?

Or any other sport where you can compete as a cute little team of two, especially if you’re playing against other couples to see who can be the smuggest bastards of all. Don’t forget to bore on about ‘how much Sally’s backhand has improved’!

Aren’t you romantic and beautiful with your salt-tousled hair and wetsuits? Yes, but only until you have a massive row when your VW camper van gets wedged in a narrow coastal road behind a tractor full of manure.