91 percent of hangovers blamed on beer being somehow faulty

MOST hangovers are wrongly blamed on beer that is contaminated.

The Institute for Studies found that beer drinkers prefer to blame the natural after effects of beer consumption on ‘dirty pipes’ or some other obscure fault.

“Hence they attribute the morning-after effects of alcohol consumption on their pint being somehow ‘bad’.

“Frankly all pints are ‘bad”. It’s the ‘bad’ ingredient than makes them ‘good’.”

Beer fan Tom Booker said: “After drinking several litres of beer last night, today I find my vision is blurry, plus I have visible sweat patches and a lingering sense of paranoia.

“Clearly this is all caused by the publican failing to correctly observe some aspect of beer maintenance.

“Actually the glasses looked quite dirty, I probably had a dirty glass with bacteria in it.”

I live on my private island because it is private and an island, says Branson 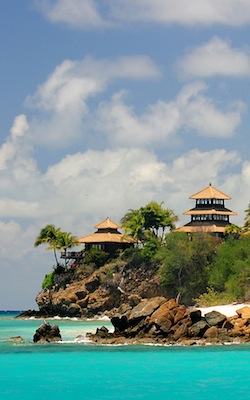 SIR Richard Branson has revealed he lives most of the year on his private island because it is exactly that.

The Virgin tycoon denied claims he had moved full-time to his Caribbean haven to avoid tax, insisting its main attraction was the guaranteed absence of ‘people’ like you.

Until recently Sir Richard had homes in Oxfordshire and west London but sold them because there was still a chance he could look out of his window and see some of you shuffling about.

He added: “And you have cars that get in the way of my car.”

Sir Richard said that living on Necker was easier because he could spend all day eating delicious fruit and looking at breathtaking views with the knowledge that no-one would bother him because he owned every square inch of it.

He continued: “Trust me, it is the absolute balls.”

Helen Archer, chief economist at Donnelly-McPartlin, said: “There is a belief that everything rich people do is about tax. But mostly they do exactly what you would do if you were them. Which is having lovely things and avoiding everyone else like the plague.”

Archer added: “Sean Connery gets stick for being pro-Scottish Independence while living in the Bahamas. But the reason he lives there is because it’s lovely and Scotland is totally rank.”

Sir Richard also stressed that if someone like you did turn up uninvited he could just have you thrown into the sea.