THE traditional 40-minute wait to collect a parcel will be unaffected by Royal Mail privatisation, it has been claimed.

Queuing out of the door to pick up something ordered from Groupon is consistently voted Britain’s favourite way to spend a Saturday morning.

Rail engineer Bill McKay said: “Finally getting that little red rectangle to the counter, only for the mardy lady to say your parcel is still on the van – you can’t beat that feeling.

“And thanks to internet shopping, home working and general paranoia, in ten years’ time parcel depot queues will be the only places we see other humans.”

31-year-old Emma Bradford said: It’s that excited anticipation wondering what on earth you bought off Amazon when you were drunk.

“Also without parcel collection when would you ever get to visit an obscure industrial estate with a snooker club and paint factory.”

Business Secretary Vince Cable said: Any improvements privatisation may bring to the service will be strictly for business customers.

Meanwhile the public can look forward to even more time listening to a man explain that Trixibelle334 is just his eBay name and thats why it says ‘Graham’ on his ID.

Cable refused to confirm that thousands of new Royal Mail investors had received cards through the door saying Householder not present, shares left in wheelie bin.

Driving to be restricted to people aged 40 to 60 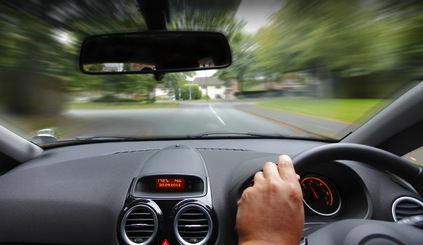 THE legal driving age is to be restricted to the 20 years of your life when you are least likely to drive like an idiot bastard.

Ministers are considering plans to raise the legal driving age to 40, before ripping the licence out of your hands on your 60th birthday.

A spokesman for the department of transport said: “By the age of 40 you should have realised that a car is simply a tool for going places. Unless of course you’re a total arsehole.

“You can then have 20 good years driving at the speed limit, indicating at roundabouts and dipping your fucking headlights when you’re supposed to.

“And after that you can get the bus instead of driving everywhere at 15 miles per hour because you’re looking for that garden centre where they do a lovely cup of tea.”