A WOMAN clearing out laundry from her spare room has unearthed an original 1982 exercise bike believed to be one of the first in Britain.

Mary Fisher, from Peterborough, was finally getting to the bottom of her washing pile when she recognised the distinctive shape of handlebars beneath a faded puffball skirt.

She said: “I couldn’t believe it. It must have been there, undisturbed, since before the dawn of breakfast television. Back then they still had a visible wheel.

“It looks like at some point it was used as an impromptu clothes maiden and then it snowballed from there. I never used it, of course – even back when they were exciting and new, we didn’t use them – so I didn’t notice it was gone.”

The bike, along with a Green Goddess fitness video and Thighmaster found while excavating earlier strata of laundry, will be donated to a local museum.

Fisher said: “It’s great to finally have that mess cleared out because now I’ve got room for an elliptical stepper.

“I’m getting healthy, you see.”

Unite around my nutter's version of Brexit, May tells Britain 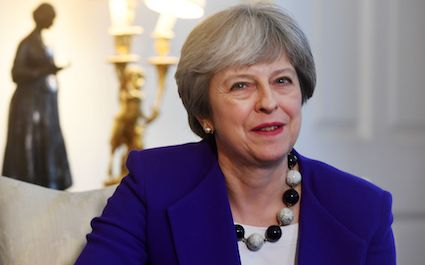 THE prime minister has told the UK to come together and unite behind a vision of Brexit which only a minority of nutters want.

Theresa May has told Britain that it must heal divisions, stop arguing, and back a Brexit plan supported by only the most rabid of her headbanger MPs.

She added: “I don’t think it’s a good idea. I supported Remain, remember?

“But I’ve set out all these red lines on immigration and, ill-judged and impractical as they are, it’s time for Britain to agree with them completely.

“Sometimes you just have to put aside your doubts and allow the country to be run by a handful of bankbenchers and their media allies. That’s called being an adult.

“It’s your fault I’m in this position because you didn’t vote for me last year. The least you could do is give me your unequivocal backing on this insanity, to make up for it.”

So far the UK has failed to respond to May because it puts the TV on mute whenever she opens her mouth.