A SIX-YEAR-OLD girl’s joy at playing in the snow was overshadowed by her fears of the impact the weather was having on the UK economy.

While appreciating the rare pleasures of making a snowman and sledging, Nikki Hollis was nevertheless deeply concerned about the man-hours lost to British industry thanks to the inclement weather.

She said: “With the Maplin and Toys-R-Us closures a snow day is the last thing our retailers need, and there’s no angel falling from the skies to save them.

“Likewise putting the carrot nose on a snowman is fun, but the carrot we really need is the carrot of incentivised investment, especially with Brexit talks at a critical stage.

“And I can’t relish sliding downhill with the wind in my hair while Great Britain risks sliding down the hill of economic ruin, with the only wind an ill wind of chronic deficit.

She added: “I called my snowman Raymond and he’s my best friend. But the sooner he melts, the sooner this country gets back to work and that’s so much the better for all of us.”

Which bullshit new words are idiots using this week? 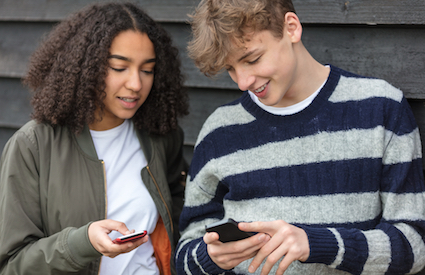 DO you feel there are not enough idiotic articles about the new words everyone is using? Well, here’s another one:

Splaintard: Someone who explains something in a way that makes it clear that they themselves do not understand it because they’re stupid, ie “It’s safer to store your data in the cloud, because then it can’t be stolen and forced to mine bitcoin.”

Splong: Word used by young people to describe something good. Examples include: “Emma, have you seen the attractive, clear-skinned and mature new chap who has just joined our 6th form? He is well splong!” or “These marijuana cigarettes are of better quality than your previous batch, Lee. They are splonging!”

Marty McFlying: To suddenly cease contact with someone you are supposedly dating because they remind you of your parent. No examples of its usage exist but this is definitely a real thing.

Pissflake: Like a ‘snowflake’ but worse, ie “Millennials with their Starbucks and iPhones wouldn’t last five minutes against an amoured SS division in the trenches of Normandy. Bunch of pissflakes!”

Uncle-fisting: A wholly innocuous term referring to celebrating an achievement by your uncle – such as getting his Open University degree in Modern American Literature – by punching the air, even if only metaphorically.