Are you an anti-vaxxer or are you just on meth?

ANTI-vaxxing, the belief that vaccinations are dangerous, is an extreme but increasingly popular position. Methamphetamine is an extremely dangerous drug increasing in popularity. Which are you on?

If someone told you they’d had their child vaccinated against disease, how would you respond?

A) What kind of monster are you? Now they’ve going to develop Asperger’s Syndrome, restless leg syndrome and government GPS chip technology.
B) That… seems like the right thing to do? Because diseases are deadly? Though I have just smoked a bowl of meth.

Would you oppose vaccinating your own children?
A) Certainly. Though I have stopped listing it on my Tinder profile because I need to have children first.
B) No? I mean they’re my kids? Am I… not making sense?

Do you spend hours furiously abusing celebrities and doctors on social media?
A) Yes, and one day the world will thank me for my fiercely-felt scientific opinions.
B) I hope not. Unless things go really badly with the meth.

ANSWERS
Mostly As: Your views are wilfully ignorant, actively dangerous and abhorrent to society. You might as well be on crystal meth.

Mostly Bs: While everything you’re currently thinking and doing is wrong, thankfully it’s only the crystal meth. Aside from that you’re quite sensible. 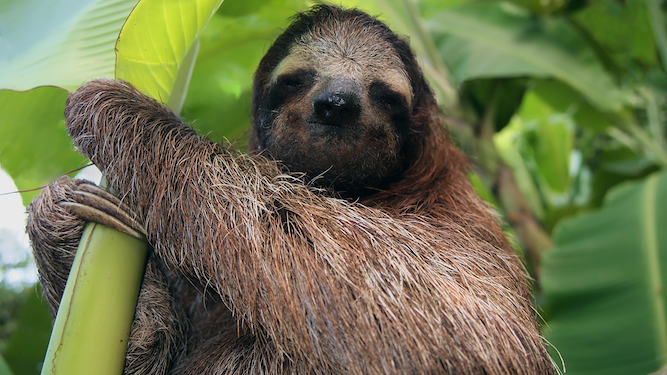 A SPIRITUAL journey has revealed to a man his totem animal is a lazy sloth that drinks five nights a week and masturbates very frequently.

Nathan Muir had expected his spirit animal to be a tiger that could do karate or a particularly cool DJing dolphin, but admitted he appreciated the honesty.

He said: “Yeah I bought the book, I lit the sage, I meditated and it turns out that I’m a sloth that doesn’t always hang in the tree because it also goes out to the pub pretty often. And wanks. A lot.

“Sure, my deep and meaningful self-investigation has revealed that I’m a shiftless pisshead, but I could have been a bat with a terrible credit rating, or an opiate-addicted turtle.

“Honestly I’m chuffed with it. I’m going to have a tattoo of a sloth with a pint of Guinness and a fag, when I can be arsed.”