Arsenic and other Victorian treatments for Covid, by Jacob Rees-Mogg

RATHER than endlessly carping about testing, the British public should take a leaf out of my book and use the tried-and-tested methods of Victorian physicians. Here is a selection.

Arsenic. Mercury. Laudanum. Opium. Before the days of tedious health and safety rules you could get genuinely effective medicines over the counter from your pharmacy. A few drops of Mrs Winslow’s Cocaine Brain-Tonic and all your problems with Covid will magically vanish.

Gin is known as the opium of the people, because they’re too poor to be able to afford proper drugs. A few nips in the morning will keep the worst of the Covid-19 symptoms at bay, but may result in termination of your employment, destitution and madness, in the good old Victorian way.

Unlike today’s so-called experts, the Victorians knew that inhaling tar toughened up the lungs in a good way. If you have a continuous cough, a few cigarettes will offer relief, and if you persevere it will effect a permanent cure, called ‘death’.

The namby-pamby NHS has created generations of Britons who feel entitled to fall ill whenever they please. The Victorians had an empire to maintain which meant the plebeian masses had to go to work in factories even if they had cholera. Of course they spread it around and died, much like coronavirus, but dead people are less of a burden on society than ill ones. 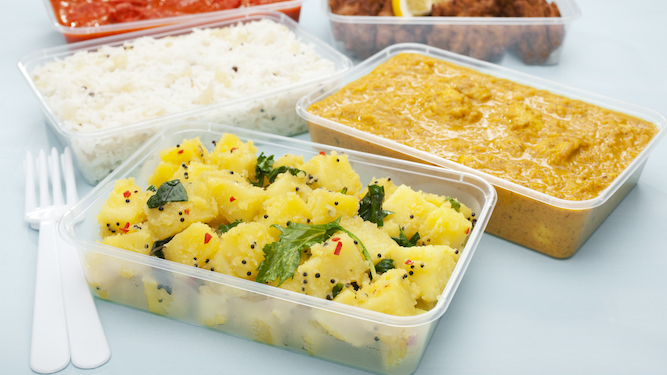 A COUPLE’S plans for a romantic evening were left in tatters after they both ingested an inadvisable amount of curry.

Nathan and Emma Muir had to drastically alter their expectations for their monthly date night after sharing a meal from a local Indian restaurant intended for six people.

Nathan Muir said: “We’d planned to watch a romantic movie after dinner, followed by an early night. Unfortunately, I blacked out sometime around my third helping of lamb bhuna. I think I need to go and have a cry in a dark room.”

Emma Muir said: “We sent the kids off to my parents and I’d bought some new lingerie and everything. But after that dinner, if we’d had sex I’d have vomited half-digested saag paneer all over him.

“And that is only partly to do with the way he smells after eating nine onion bhajis, a pot of lime pickle and half a garlic chicken.”