Artificial Heart Patients Will Have No Soul, Admit Docs

PATIENTS who are given artificial hearts will lose their soul, doctors admitted last night.

Experts said the device could give patients a normal life expectancy, but it will be an empty life devoid of love, laughter and tears.

Dr Tom Logan, a soul specialist at St Thomas's Hospital in London, said: "Their eyes will become blank and lifeless and they will speak in a dull monotone.

"They will never frown or smile or laugh, not even at that bit in Only Fools and Horses where David Jason falls through the hatch.

"On the upside they will be able to watch Gilmore Girls and the High School Musical trilogy without wanting to kill absolutely everyone involved. And many of them will make excellent lawyers."

Dr Logan added: "We have experimented with pig hearts but that just left the patient with the soul of a pig, which I suppose is better than nothing but you do spend an awful lot of time thinking about mud and truffles.

"We hope eventually to be able to transplant an artificial soul at the same time. Microsoft have some terrifyingly interesting idea about that."

BBC Unveils Lavish Adaptation Of The Taunting Of Andrew Sachs 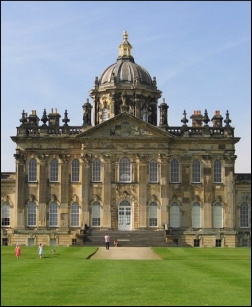 THE BBC last night re-established its reputation for quality programming as it unveiled a lavish multi-million pound drama based on the taunting of Andrew Sachs.

Starring Sir Ian McKellen as the Fawlty Towers actor, the 12-part series begins in 1930s Berlin as the young Sachs and his family flee Nazi persecution.

The series is being produced at Elstree Studios by the team behind Cranford, Little Dorrit and the BAFTA-winning BBC Four show Russell Brand Fucks Your Granddaughter.

BBC director general Mark Thompson said: "I got into this business to make quality programmes about Holocaust survivors being abused by foul-mouthed mediocrities.

"The Taunting of Andrew Sachs really is the BBC at its best."