Doctors have confirmed that near-constant shoulder and spine pain is a fact of life for anyone in their 30s, is not in any way treatable or cureable and will remain for the rest of their lives.

Dr Helen Archer said: “You can stop Googling it and stretching. Backs just hurt when you’re over 30, end of.

“It’s science. All the ergonomic chairs, massage balls and orthopedic shoes in the world won’t change it. Spending a fortune on an overengineered miracle mattress won’t help.

“While the exact cause of back pain is still unknown, we suspect it’s related to the weight of all the stupid mistakes you’ve made up in your life so far. Otherwise it wouldn’t be so universal.

“So yes, some of you will never stand up again without letting out a little yelp of pain. Others will go down on one knee to pick up a dropped quid for life.

“Soon you’ll be 40. Enjoy not having constant knee pain and getting up for a wee three times a night while you can.” 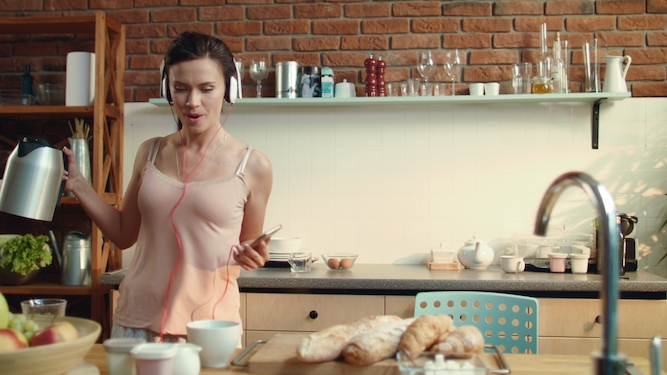 Normal people want to spend Sunday morning treating a horrific hangover with a Friends binge. You, on the other hand, think sticking on Toploader’s Dancing in the Moonlight and dancing around the kitchen cooking eggs is ‘fun’.

The only good festive song is Mariah Carey’s. People who hear Noddy Holder bellowing ‘It’s Chriiiiiistmas!’ without the urge to kill rising in their previously peaceful breasts are monsters, but even worse are those who make Christmas playlists and listen to them in October.

If you think your dog wants to listen to Dog Days Are Over by Florence + the Machine on repeat whilst you’re out you should be reported to the RSPCA. If you also include Snoop Dogg’s Doggy Dogg World, I guess at least your dog’s getting an eclectic range of tunes.

Who doesn’t love hearing the dulcet tones of Simply Red’s Stars while you ham-fistedly attempt to seduce them into sex for the first time in five months? Your partner, that’s who. It’s impossible to fancy someone who thinks the voice of a ginger Man United fan can be a turn-on.

Watching you neck a bottle of gin and slur along to Everybody Hurts is more likely to see your partner packing bags than offering undying love and support. If the following track is Tears In Heaven, it’s definitely time to end things. Lucky you’ve got this hideous playlist to console you.