ADVERTS which give parents no choice but to pump their children full of sugar and fat 24 hours a day are to be banned.

The adverts have been criticised for using tactics such as death threats and sexual blackmail to ensure that parents feed their children as badly as possible.

Martin Bishop, a health campaigner, said: If it was just colourful, playful images of the food, accompanied by jaunty music, then it would be fine as most parents would say, that looks unhealthy so it should only be a very occasional treat.

But its simply not fair to flash messages across the screen such as we will tamper with your car and we know about the golden showers.

And then there’s the pre-watershed burger advert with the slogan ‘if your parents don’t buy you one, set fire to the house’.

Emma Bradford, a mother of two from Stevenage, said: Last Tuesday I forgot to buy a bag of random animal parts for my babies. I swear to God I just forgot, I wasnt trying to be difficult.

Im now in that horrible limbo, waiting for a McDonalds hitman to put a bullet through my forehead.

Nathan Muir, a father of three from Peterborough, said: Perhaps they could also ban the junk food adverts that are set on a lovely farm. They are worse than death. 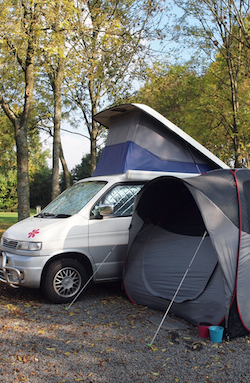 MOST Britons will spend their pension pot on stupid, crazy stuff the very moment they get their hands on it.

In yesterdays Budget, chancellor George Osborne changed the pension rules so that everyone can be as feckless as they bloody well want.

He said: Its your money, what the hells it got to do with me?

Im sure some of you will spunk it away within 20 minutes. I really dont care. All I would say is make sure that by then your children have enough room for you and all your box sets.

But pursed-lipped hand-wringers have warned that if some people spend their pension pot on a big, fuck-off camper van instead of an annuity then all they will have is a tardis on wheels that can take you to Saint Tropez.

Jane Thompson, a total pain in the arse, said: Take out an annuity, stay at home and look at websites about camper vans.

Youll be much happier than if you were to take a camper van across Europe, earning some wine money from doing avant grade interpretations of early Duran Duran songs in picturesque town squares.