THE RESEARCHER developing an intelligent bra says there is ‘no way’ it is finished and that he may have to carry on studying women’s breasts for decades.

Dr Tom Logan, head of breasts at the Tits Institute, said reports his bra research was complete were ‘irresponsible’, and could stop women volunteering to help with his work.

He said: “I would love to say that my intelligent bra was now a reality, I really would, but I think I will probably end up working on this project for the rest of my life.”

Dr Logan has devoted his life to developing a super-bra that will stop women’s breasts bouncing around during exercise, but with very limited success so far.

Unlike rival researchers who use sophisticated laser measuring techniques to gauge levels of bounce Dr Logan personally observes his volunteers using his bras as they jog before him on a treadmill.

He said: “I only got into this line of work by accident after my university rejected my initial proposal to look into intelligent panties. But it has proved hugely rewarding.”

Most of the research takes place in Dr Logan’s office, which is equipped with a treadmill, video camera, heavy curtains and tissues.

All joggers are asked to wear blindfolds to prevent anything they see interfering with the experiments, while Dr Logan always removes his trousers in case they affect the results.

He added: “People often ask me what possible scientific benefit can arise from spending hours in a darkened room watching a woman with large breasts jog on the spot on front of you in a not very supportive bra. Imagine if they had said that to Einstein? He would never have invented the atom bomb.” 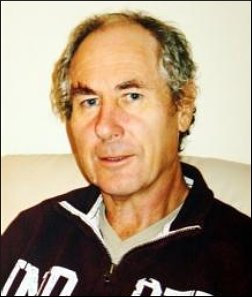