British adults reminded they should wash hands after defecating

THERE were fresh concerns about Britain last night after officials found it necessary to remind fully-grown humans to wash their hands after going to the lavatory.

In a move described by the United Nations as ‘troubling’ the UK’s Health Protection Agency said a key measure in containing the E coli outbreak was to make sure people did not forget to clean both hands after wiping faeces from their anus.

A UN spokesman said: “So it’s come to this. While other European countries focus on new and exciting ways to separate food from sewage, Britain finds itself struggling to keep up in the personal hygiene remedial class.

“This once again strengthens the argument for an educational equivalent of the IMF. We need a high-powered organisation that can take action when a country comes to us, cap in foul-smelling hand.”

He added: “I would venture that in societies with indoor plumbing and ample supplies of fresh water, anything less than a consistent, 100% level of adult bottom wiping would require immediate intervention.

“I suspect that we may soon see the light blue berets of a UN hand-washing force doing their difficult but very necessary job in every British lavatory.”

A spokesman for the Health Protection Agency said: “Listen, when I issue a statement which contains the sentence ‘remember to wash your hands after going to the toilet’ how do you think that makes me feel?

“We don’t want to have to say these things, but we know what you’re like.

“It’s the same reason why every Christmas we have to issue a press release that says ‘do try not to eat raw poultry again’ and ‘see that large, dry tree in your living room? – that’s a fire hazard’.”

Meanwhile the source of the unpleasantness which caused the E coli outbreak remained a mystery, even though experts pointed out that any food travelling by land from Spain to Germany would have to go through France. 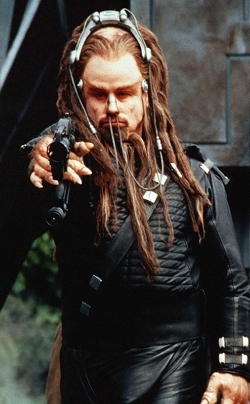 This week, I attended the WHO conference to discuss whether we should destroy the last remaining strains of the smallpox virus.

I was ready to support plans to save it when something huge happened to change my mind: I received a text message from the lab telling me about the tragic death of Jeff Conaway, who played Kenickie in Grease.

Back in ’78, my colleagues and I went to see Grease to celebrate getting our doctorates. I must say we guys had a wonderful time and upon leaving the cinema we all agreed to buy leather jackets so we could be as suave and rakish as Kenickie. Later that week, a worker at Birmingham Medical school accidentally died of smallpox after contracting it from a sample they were studying. I couldn’t see how these events were connected – until now.

You see, you can think of the smallpox virus like John Travolta. Once upon a time, it was extremely virulent and ravaged the world with its chin like a bottom.  And then, after a highly successful worldwide campaign, it was eradicated. But there’s a problem: Neither smallpox nor Travolta was destroyed completely and consequently a massive comeback was staged after bioterrorist, Quentin Tarantino, got his hands on it. Furthermore, it came back more powerful than ever – waving its pilots license around, presumptuously.

So if you’re still one of those who think we should hang onto the smallpox virus for research purposes, then I’ve got two words for you: Battlefield Earth. If we’d destroyed Travolta in the 1980s when we should have, this utterly perplexing piece of lunatic propaganda would not exist. Travolta has the power to infect millions with his insane hocus pocus, and it doesn’t matter how secure a unit we lock him in or how many showers we take after visiting him, somehow he will find his way back out. Within weeks, you will find it is your chills that are multiplying – and a host of other symptoms not mentioned in the song, such as highly infectious pustules which will make people wince when they accidentally look at your photo in medical journals.

The virus must be destroyed. After all, we can sequence smallpox and bring it back anytime we like. Nothing can bring back Kenickie and there is everything that is wrong with biochemistry today. Sure, smallpox is tricky but not impossible. You can easily buy DNA online – I’ve even done it myself. Back in April 2009, I rustled up some Korean Norovirus and infected all the guys in Helpdesk. It was hilarious. They didn’t leave the toilets for a week and no one at the institute will ever top that particular Fools Day. Crucially, not another juvenile comment was ever passed about my Steve Cram screensaver again.

If you think the scarring left by a bout of Travolta will make you look cool and distinguished, just remember that you cannot cavort on bleachers when you are bent double with gastrointestinal haemorrhaging and everyone,  especially Kenickie, hated Crater Face.