Clinging to youth does not slow ageing process

DESPERATELY clinging to your lost youth does not slow the ageing process, according to scientists.

Researchers found that the natural deterioration of the human body cannot be halted by wearing cool glasses or pretending to understand new music.

Professor Eleanor Shaw said: “Our research involved two groups of middle-aged men and women. One group was instructed to cling to their youth, while the others were allowed to behave with a shred of dignity.

“All the subjects suffered age-related problems, such as wrinkles, hair loss, fat arms, impotence and weird skin blotches, no matter how much they liked ‘the Arctic Monkeys’.

“Whatever youthful items the first group was given – cargo shorts, jazzy trainers, beeping things made by Apple – they just kept getting more wizened.

“One male subject even reported feeling older than he actually was, after attending a rave club where an attractive 20-year-old kept saying how much cooler he was than her dad.”

Professor Shaw said the non-youthful subjects were more content, having resigned themselves to endless evenings of sipping red wine and either an early night or hoping Stephanie Flanders would be wearing a tight jumper on Newsnight.

Teacher Tom Logan said: “For years I’ve been trying to hang on to my youth by wearing a t-shirt that says Superdry on it and pretending Dizzee Rascal has got something important to say.

“But tonight I’m going to put on some comfortable cords, crack open a four-pack of Ruddles County, listen to my Sting albums and face death with dignity.”

Everyone desperate to try parbuckling 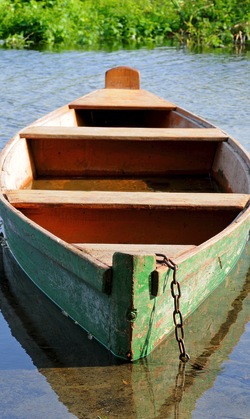 MILLIONS of people are keen to try their hand at righting something massive that has fallen over.

After watching the images of the Costa Concordia cruise ship being ‘parbuckled’, everyone agreed that it looks like it would be immensely enjoyable.

Julian Cook from Stevenage said: “I’m going to start by propping my washing machine at a 40 degree angle against the utility room wall.

“I’m then going to inflate an old Space Hopper in the gap between the wall and the machine and then bring it to the vertical axis using a skipping rope tied to an exercise bike being ridden by a child.”

Helen Archer, from Hatfield, said: “There’s a big fat girl in my office. I’m going trip her up in the corridor and then parbuckle her using an umbrella and a very big chocolate chip cookie.”

Meanwhile, it has emerged that the team who righted the Concordia are desperate to maintain their post-lift high.

A spokesman said: “If you’ve never tried parbuckling, you really should. It’s exquisite.”

The engineers are so addicted they have warned the United Nations they may even lift something that should really stay where it is.

The team is already eyeing a 2000 year-old statue of a reclining Buddha in Thailand.

The spokesman added: “We’ll go mental on it with some pneumatic drills and throw a big chain around its head.

“Then you just pull on it like a bastard.”