A study of more than a thousand babies up to six months found that the cute ones who get cooed over by strangers are also the ones who make their parents’ lives an utter hell.

Dr Henry Brubaker, of the Institute for Studies, said: “This is fantastic news for those parents who have birthed children who look like extras from the Mos Eisley cantina. Plus they’ll probably grow out of it.

“Unfortunately, if you’ve got a newborn who could crawl onto a Huggies ad tomorrow, say goodbye to getting more than an hour’s sleep at a time. They’ll be looking up at you with those big bewitching eyes at 3am for years.

“We believe that this is nature’s way of preventing the parents of babies who do not sleep from giving them to a travelling circus, selling them on eBay or simply handing them to relatives then running away.”

“I haven’t slept since November. I’d swap him for a pig in a basket tomorrow.”

Ed Sheeran wondering what to ruin next 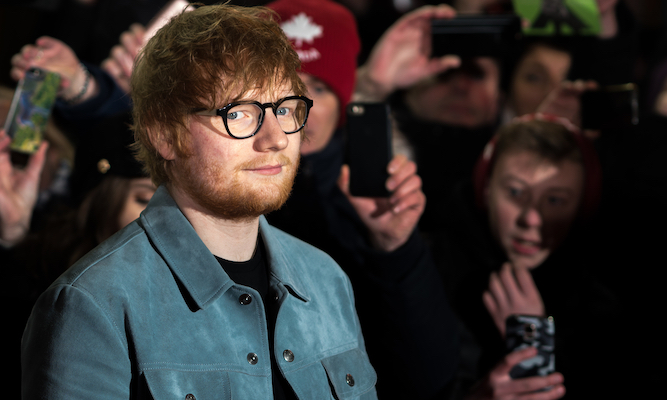 SINGER-songwriter Ed Sheeran has already ruined music, Game of Thrones and ketchup but cannot decide what to wreck next.

Sheeran, who last year made his big-screen debut bollocksing up a new Richard Curtis romantic comedy, has admitted that he is looking for a new challenge.

He said: “I came from Suffolk, just one boy and a guitar and a dream of ruining everything for everybody who ever laughed at me for being ginger. Which is everyone.

“I’ve already made daytime radio unlistenable for the next 40 years, so I’ve proved I have the power. But what’s next?

“There’s so much amazing art, food and culture in the world that I just don’t know which well to poison. A stage musical? A novel? What else do people innocently enjoy?

“Every morning I look in the mirror and remind myself how lucky I am to be where I am. How many other people can pick and choose which cultural icons to p*ss all over at will?”

Cultural experts have urged for wide-ranging protections for national treasures like QI, Star Wars and Ribena before Sheeran gets to them, while bookmaker Paddy Power has 3/1 odds on Sheeran somehow being able to ruin the concept of ‘holidays’.