Daily Mail has all the properties it attributes to cannabis

THE Daily Mail and its website are addictive, paranoia-inducing and a gateway to more extreme forms of behaviour, according to experts.

Researchers at the Institute for Studies undertook a decade-long study of Mail users and discovered an across-the-board deterioration in mental health.

Professor Henry Brubaker said: ”People start using the Mail and Mail Online for recreational purposes. They like the pictures of women in bikinis, amazing 3D body art and big houses that are described as the UK’s most expensive.

“But regular use leads to intense feelings of envy, paranoia and mental lethargy caused by being told what to think.

”The Mail user begins to alienate themselves from their former social circle, perhaps joining a local vigilante group or simply sitting alone in the dark listening to Katherine Jenkins CDs.

“By that stage it’s only a matter of time before they are found frozen to death while attempting to have sex with a car.”

Man's puny exterior may mean he is extremely hard 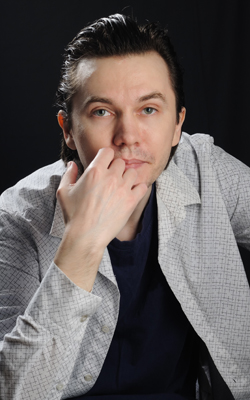 31-YEAR-OLD Stephen Malleys slight build has prompted speculation that he may be one of those small wiry hard men.

He has this quiet confidence

Sales administrator Malley, who is five feet five inches tall and weighs eight stone, has a gentle demeanour and no obvious interest in fighting.

His colleague Roy Hobbs said: Its the small ones youve got to look out for, and they dont come much smaller than Steve. Clearly hes hard as fuck.

I bet hes like one of those bantamweight boxers, or Bruce Lee.

You know Bruce Lee was only four and a half feet tall.

Tom Booker, who sits opposite Hobbs, added that there was a little guy who went to his gym who was a nutter on the bench press.

Theres lots of big lads around these days but you can tell Steve would be like a terrier in a scrap, just getting all over them and biting their face and legs, like a bitey ninja.

Malley, who plans to spend his weekend cooking a paella and visiting the local arts cinema, remains unaware of his reputation as a small pale death machine.