A 43-YEAR-OLD man doing a detox to feel better has admitted that, 11 days in, it appears to be doing absolutely fuck all.

Tom Logan has given up alcohol, cigarettes and recreational drug use for January but is still confronted with a knackered ghost with bags under its eyes when he looks in the mirror.

He said: “I should be feeling some improvement by now, shouldn’t I? A little bit?

“On January 1st I felt so dreadful that I decided that was it, I’d stop punishing myself and stop feeling so exhausted and moody and depressed all the time, because that’s the booze that does that.

“I thought ten days in, all the poisons will be making their way out of my system and I’d be bouncing out of bed, raring to go, fresh-faced and full of natural energy.

“But instead I feel just as awful except now the evenings last forever and I’ve got nothing to look forward to. Oh and it turns out the wife and I don’t get on.

“I’ll give it until the 19th, but if I’m not feeling and looking at least ten years younger by then I’m getting shitfaced.”

How to accept you’re a Radio 2 listener now 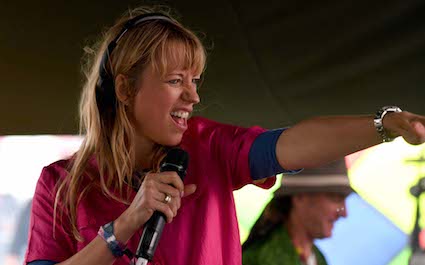 ARE all your favourite tunes now being played on Radio 2, proving you’re no longer a cool kid and are in fact quite old?

* Convince yourself that the youth would all be listening to Radio 2 if they knew how good bands like The Verve were, instead of their so-called music which is just noise.

* Switch your car radio to Radio 4 just before you park every night. After five minutes of Today turning back to Radio 2 will make you feel like a teenager at a grandparent’s birthday party.

* Move your hips from side-to-side in a pathetic mockery of dancing when Snap! is played while you’re doing the gardening.

* When hearing Steve Wright play Cigarettes and Alcohol after you’ve given up both makes you feel horribly middle-aged, remind yourself that at least you’re not an aged punk convinced you’ve remained true to your anti-establishment values.

* Nostalgic for the 1990s? A quick listen to Cerys Matthews will remind you that many of the bands, for example Catatonia, were crap.

* Challenge yourself with Ken Bruce’s PopMaster quiz and enjoy a glow of pride on knowing the answers while failing to admit that this empty accumulation of useless knowledge is in itself a sign of age.

* Realise that growing older has its benefits, such as being wiser, more tolerant of different viewpoints and never having to endure the atonal instrumental breakdown at a Spiritualized gig again.

* If all else fails, accept you really are a Radio 2 listener facing irrelevance, retirement and death, but at least Sara Cox understands you.