ENTERTAINMENT giant Disney is to remove all images of patio heaters from its films.

Despite accusations of censorship Disney will ban depictions of patio heaters in family films while patio heaters will be "discouraged" in films for adults made by its Touchstone and Miramax studios.

But film historian Wayne Hayes said: "The March of the Patio Heaters from Fantasia was groundbreaking.

"In Bambi, the poor little fawn is all alone in the world until he strikes up a friendship with the wise old patio heater.

"And what child could ever forget that beautiful scene from Snow White when she pretends the patio heater is her prince charming?"

Hayes, author of Gassy: Hollywood and the Patio Heater, added: "Walt Disney himself would spend long winter evenings sitting around the patio heater with his friends, making anti-semitic remarks."

But Tom Logan, spokesman for Patio Heaters Endanger the Lives of Children (PHELCH), said: "If children see their favourite characters cavorting with a patio heater they will pressure their parents into buying one."

Describing patio heaters as a 'gateway polluter', Logan added: "As adults they will move from patio heaters to gas barbecues and 4x4s.

"Eventually they will set up their own coal-fired power station and will have the coal delivered by passenger jet."

Disney is also to ban images of frowning, arguments and disappointment.

Chief executive Robert Iger said: "The world is a happy place. At Disney we have no time for grumps and grouches. We prefer to show them being killed in cruel and unusual ways." 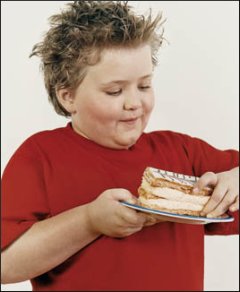 FATNESS is contagious and can be caught from contaminated cakes, buns and sausages, according to new research.

Biologists at Dundee University have discovered that many foods are filled with fat germs that can be passed on to unsuspecting humans.

Once infected a fat person can then pass their fat germs on to thin people by coughing, sneezing, touching and licking.

Project leader Dr Henry Brubaker said: "If you know a fat person, the chances are they are teeming with microscopic fatness.

"Unless they wash their hands or use a hanky you too could become chunky within hours. And without antibiotics you will soon turn into a big fat pig."

Describing chocolate chip cookies as the "new mosquitoes" Dr Brubaker added: "We believe the time is right for fat people to be quarantined. What about cramming them into disused churches?

"If they do have to venture outside they should be confined to plastic bubbles. Perhaps their friends could volunteer to roll them down the street."