Doctors to strike over ban on urine extraction

DOCTORS are to strike after the government banned their right to continually demand urine from their patients.

The British Medical Association insisted it was a fundamental duty of general practitioners to tell patients to bring in some urine that the GP then puts in the boot of his Jaguar, before taking it home and storing in the attic of his gigantic house.

A spokesman said: “Those patients who then turn up the following week and ask for the result of their urine test do not really understand how the healthcare system works.

“We have no interest in the properties of the urine, we just want to take it.”

Dr Nathan Muir, a GP who collects more than 100,000 litres of urine a year, said: “I sell it back to the government under the 2003 agreement which states they have to give me at least 50 pence for every jar.

“And of course, I also sell them my own urine. Otherwise I would just be flushing money straight down the toilet. And I’m not trained to do that.”

Margaret Gerving, a retired headmistress from Guildford, said: “Every time I go to the doctor he wants more and more urine.

“I tell him that my pipework is getting to old to cope with all this, but then he holds up a death certificate with my name on it and just says ‘piss into this cup, old woman’.”

Dr Muir added: “Sometimes a sample will look a bit suspect but I always make a point of telling the patient to look it up on the internet.

“If I happen to bump into them.” 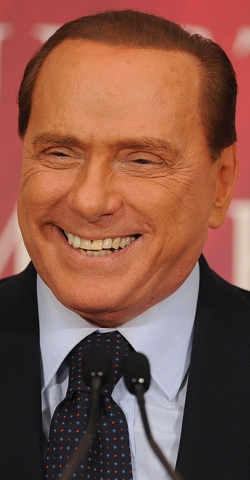 THE captain of the Costa Concordia abandoned his post to buzz around the deck on a Vespa sexually harassing female passengers, it has emerged.

As the Italian courts ruled that the disaster was now an official metaphor for their country, it also emerged that Captain Francesco Schettino failed to follow emergency procedures and instead sat around drinking expresso, chain-smoking and inviting panicking women in life-vests to come over and sit on his dick.

Magistrates are also examining claims that when the ship was headed toward the rocks the captain leaned on the ship’s horn, stuck his head out of the side window and screamed at the island of Giglio to get out of the way.

The allegations are not the first to be made against the captain, who in 2009 was reprimanded for idling his ship outside a coastal convent, where he revved its six diesel engines at sexy young novices and suggested they put their fat titties in his mouth.

The same year he was upbraided for refusing to wear regulation maritime uniform, preferring a white wifebeater with Ray-Bans and stonewashed jeans.

Costa Concordia passenger, Francesca Johnson, said: “I saw the captain most days on board and he’d always thrust his hips at me, say ‘This ship? Is mine’.

“Occasionally he could be seen on the bridge where he’d read Gazetta dello Sport while wearing a string vest and gesticulating wildly. I never saw him have anything to do with guiding the ship as such, but he did a delicious pasta sauce.”

Eyewitness accounts suggest the captain at first threatened the rocks the ship struck with vengeance from his ‘Uncle Cesare and his friends who you don’t want to fuck with, eh’ but when he realised the ship was sinking changed sides and claimed he had supported the rocks all along.