Ebola to be contained within Apprentice house

IF anyone in the UK is going to get Ebola it should be the contestants on BBC1’s The Apprentice, according to COBRA.

The emergency committee has decided that if an outbreak in Britain is a statistical probability then the most irritating people should be at its forefront.

A COBRA source said: “If we cannot stop Ebola we can at least put jumped-up wide boys and two-faced megabitches between it and fully functioning humans.

“Visitors to the UK exhibiting signs of the disease will be quarantined in The Apprentice house alongside the contestants, who will all think they can beat it anyway because they’re so full of themselves.

“Of course anyone who attempts to leave will be shot. Maybe even some people not attempting to leave.”

The Apprentice contestant and cocky little spiv Tom Booker said: “I’ve got 14 years of management experience and have led teams of 110 people, which makes me superbly equipped to fend off a severe viral infection.

“I’m a high calibre individual and I’m not going to miss a sales target just because of a little hemorrhagic fever.” 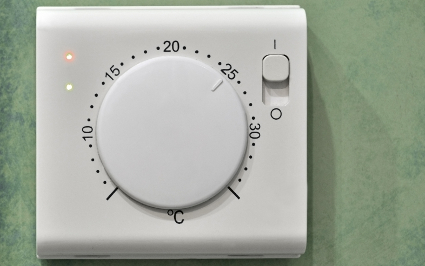 THE nation’s fathers have forbidden anyone else to touch or even look at the central heating thermostat.

Anyone passing through the hall is questioned closely about their intentions toward the heating beforehand and ordered to avert their gaze while in the thermostat’s presence.

Father of four Wayne Hayes said: “Don’t even think it.

“That thermostat deserves finesse, sensitivity and commitment, not some yahoo roughly flicking it up to 30 with a domineering sneer.

“I’m the only one who knows how to make it click. The rest of you can keep your grubby hands to yourselves.”

Hayes is considered a tragic figure by family members and remains oblivious to the fan heater his daughter smuggles into her room every night.

Wife Karen said: “I’m cranking that sucker all the way to boiling point the moment his back’s turned.”