Every Daily Mail story takes 30 minutes off your life

EVERY Daily Mail story you read takes 30 minutes off your life, experts have revealed.

The Institute for Studies found that reading the newspaper is worse for you than smoking, and much less educational.

Meanwhile, the length of the article makes little difference, with two-paragraph dissections of international events and copy and pasted features about celebrities having the same effect.

The research also showed that even when reading ironically, the result was just as detrimental.

Legal secretary Nikki Hollis said: “I just read it to laugh at it with my friends, but if I knew what it was doing to me I’d have quit years ago.”

Regular reader Wayne Hayes said: “I heard this but I won’t believe it until I see it under a headline with three spelling mistakes, and next to a picture of an American television actress I’ve never heard of in a bikini.” 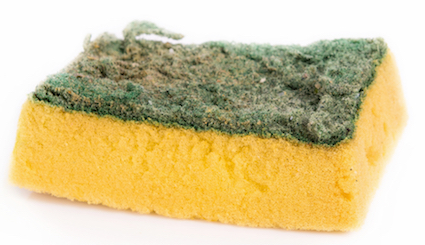 A SINGLE man has spent the weekend mourning his washing up sponge.

Tom Logan, from north London, was using his sponge to wipe chicken tikka masala off his kitchen counter when he noticed the first sign of trouble.

Logan said: “I gave the sponge a good wring, and the side with the scrubby bits peeled off like a banana.”

To save the sponge – which he has had since his ex-girlfriend moved out nine months ago leaving behind various cleaning products – Logan clamped both sides together with glue.

The solution held for five days until tragedy struck around noon on Saturday.

Logan added: “Sponges are a breeding ground for bacteria and you have to disinfect them. So I soaked the sponge in soapy water and popped it in the microwave.”

Within seconds the glue fumes and intense heat caused the dry sponge to ignite.

Logan said: “I went for a piss and when I came back my sponge was on fire.

“I managed to pry open the microwave and throw water on the flames, but it was too late. The sponge disintegrated in my hand.

“And it’s completely my fault. A dish sponge is something you cherish every day so it lasts for years. You can’t swoop in at the end with a grand gesture and expect things to work out. I don’t know if I will ever be able to forgive myself.”