Fatties Urged To Buy Mirrors Instead Of Pies

MOST fat people are unaware they are overweight because they spend all their money on cheesy pies instead of a mirror, according to a new survey.

Just seven per cent of respondents classified themselves as obese, with the majority preferring terms such as 'economy size' or 'magnificently wide'.

An NHS spokesman said: "Obesity is the biggest threat the country faces, until we decide it's something else like boiled eggs or chocolate milk.

"Most obese patients just think they're carrying a little 'winter fat' but of course in their case it's a winter that has lasted for years and years. Perhaps they all think they're from Narnia."

The survey follows a six per cent rise in slapstick hospital deaths after junior doctors committed a series of fatal errors whilst leering at nurses' boobs.

A new study has shown the jump in the mortality rate coincides with the annual intake of newly qualified doctors all attempting to fornicate with Barbara Windsor and Fenella Fielding.

A spokesman for the Royal London Hospital Trust said: "We lost eight patients after a first year house officer crashed through an intensive care ward on a trolley.

"The relatives would have sued, but luckily one of the nurses had the foresight to play her trombone as it was happening, thus making the entire episode absolutely hilarious."

He added: "You have to remember these are drunk, sleep-deprived trainees with massive debts, emotional problems and white coats covered in drug addicts' blood. We're lucky the building is still here." 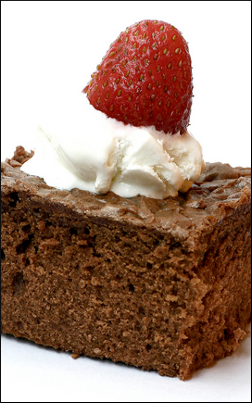 THERE was anger last night as European bureaucrats threatened to outlaw classic British puddings such as freckled ball bag and boiled arseholes.

She added: “At the end of the day, a wanky shit pudding is basically a chocolate brownie with a blob of double cream on it. What do you think that looks like? Exactly – a shit that someone’s done a wank on. It’s plain common sense.”

Cafe customer Tom Logan agreed: “Wanky shit pudding is bloody lovely and wanking and shitting are the most natural things in the world. Likewise wanking onto a shit. And then eating it.”

He said: “She was the first person to reject the thinly-veiled euphemisms of the 18th century such as steamed whoopsie and raspberry tinkle and introduce more honest, down to earth names like chuff trifle and fanny battered figs.

“By all accounts she was an indomitable old bird who, I am quite sure, would have been horrified at the prospect of some dirty foreigners fiddling about with her fondant beaver.”