A POST office worker from Kings Lynn has been prescribed ecstasy to stop him complaining about everything.

Wayne Hayes, 37, reported intense feelings of annoyance on a daily basis, to the point where it was almost impossible for him to function.

He said: “I was reading far too much Peter Hitchens and listening to Wings back then.

“It got to the point where I even accused my wife of being a Bulgarian fruit picker. I was in a very dark place.

“But then my doctor told me he was trialling a radical new treatment for the male menopause.”

Hayes’  GP, Dr Julian Cook said: “Having consumed the drug, Wayne immediately stopped getting irate about minor political issues and instead had a bit of a dance to Primal Scream.

“Once he’d got a good buzz going not even a misplaced apostrophe or transient Slav could darken his mood.”

Hayes’ wife, Barbara, said the treatment has saved their marriage, adding: “Before he’d always be too busy shouting at The One Show or thrashing the dog to notice me.

“Now he’s so much more cheerful, hugging me, making experimental smoothies and repeatedly offering to give me a head massage.”

iPad 3 to be obsessed with prostitutes 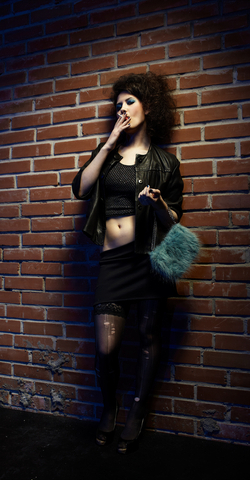 THE latest version of Apple’s tablet computer will have the personality of a syphilitic Victorian judge, it has emerged.

In its ongoing struggle to add new features, the company confirmed that the iPad 3 is deeply misogynist, with a voracious appetite for pubescent prostitutes and an obsession with its own non-existent bodily functions.

Using the ‘Siri’ voice simulation technology, the machine will constantly mutter to itself in a semi-coherent, impeccably-accented English, repeating the phrases ‘majestic sluts’, ‘rumpus time’ and ‘dry your eyes, my precious one’.

During a demonstration, the iPad 3 said: “Pray help me doctor, once again there is blood in my stool pan.

“Take me to the bawdy house, you cod-eyed wastrels.”

An Apple spokesman said: “This machine reflects how we’re really just trying to keep ourselves interested.

“As long as it’s shiny, all the factories in all the hot countries of the world combined will be unable to meet demand, even if we ordered their governments to introduce a 39-hour working day.”

Technology journalist Nikki Hollis, who tested a prototype iPad 3, said: “It offered me a juicy, ripe plum in exchange for sex, then threatened to send me to the workhouse.

“It doesn’t really respond to touch, or verbal commands. It smells of port-infused sweat, pipe tobacco and mothballs.

“You need it in your life.”