Local GPs and consultants have been sending a series of increasingly urgent emails to the Treasury this week warning that account security has been compromised and advising them to act now.

A BMA spokesman said: "We started off with a friendly note about an online banking survey, but it escalated quickly to a full-scale warning to reactivate the account.

A Treasury spokesman said: "It's reassuring that they have acted so quickly to warn us of the potential security threats.

"Although I have to say the poor spelling provides shocking evidence of the damage done to our education system by Tony Blair and his fancy friends.

"One of the emails was addressed 'Dear Valude Custommer'. I expect the prime minister will want to review that."

The BMA spokesman added: "We expect to start draining the money this afternoon. Hopefully we'll have made off with about £2 billion by tea time."

Sting's Next Album Will Be 'Just Awful' Critics Predict 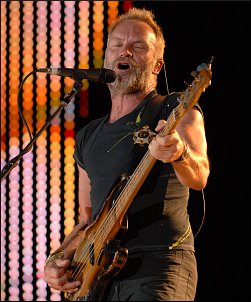 STING'S next album has been panned by critics more than two years before he is due to start recording it.

Carl Shurz, chief reviewer of rock bible Twang, said the album would probably be called something stupid like Comanche Scallops and sound like 'a cow giving birth next to the M25'.

Einar Gilkyson, writing in the German jazz magazine Fahrtz, described it as 'an impending crime against humanity' and predicted the largest ensemble of badly tuned lutes in musical history.

Shurz said: "At Twang we don't normally give an album a terrible review until it has at least been recorded.

"But as soon as I heard that Sting was even thinking of making another record, I felt compelled to review it as quickly and as badly as possible."

He said the opening track, probably called something vacuous like Love Mussel, would most likely be a disgusting, free jazz workout featuring Sting on the lyre and Winton Marsalis on the alto euphonium.

"I expect to be physically sick."