How to embarrass yourself horribly while getting vaccinated

WITH the vaccine programme working its way down the age groups, it might not be long before you are making a tit of yourself as you get vaccinated. Here’s how.

It’s important to remember that vaccination is not an injection in the arse with a massive needle, like in a Carry On film. However if you bend over with a grim look on your face, the staff may get confused too and you’ll get a bonus prostate check-up without having to wait six months for an appointment.

If you faint at the sight of a needle, make sure you get it out the way early by fainting in the car park of the vaccination centre. That way you’ll be rushed in and jabbed first, all while unconscious. You can still lie about it being ‘no big deal’ later.

Ask the nurse out

Nurses are both attractive and caring in TV and films, and after a year of mega-publicity their sexual allure is particularly potent. Even Charlie Whitehead out of Casualty would be smokin’ hot with a bit of Munchausen Syndrome. Don’t wear jogging bottoms to your appointment, because it looks as if you haven’t made an effort on your first date. Also erections.

A surefire way to embarrass yourself in front of a medical professional is by nervously joking your way through the experience. They’ll have heard jokes like ‘feeling a little prick’ about three zillion times before. Although they might offer you a child’s lolly, so go for it.

Shamelessly get your vaccinations done strangely ahead of the queue by being closely related to the prime minister. You might not find it embarrassing but everyone else will. 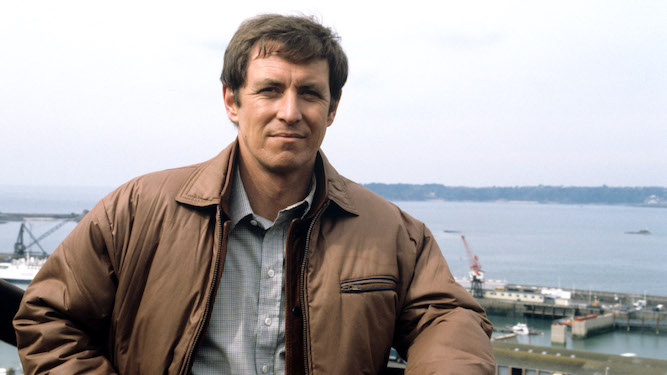 THANKS to the internet it’s easy to fondly revisit a programme you loved as a child, only to discover it was utter shit. Here are some of the most egregious examples.

Gags about ‘an out-of-work contortionist who can’t make ends meet’; the dystopian mini-drama ‘The Worm That Turned’; and a hell of a lot of sexism. Utterly brilliant to the mind of a seven-year-old, strangely depressing as an adult. The segment ‘Raiders of the Last Auk’ deserves an award though, for shittest pun ever.

Here was a startlingly fresh premise for a cop show: mismatched partners who come to respect each other. Not great, but you watched it religiously because your dad thought Glynis Barber was fit.

Sitcom about a loveable family of scousers more accurately described at ‘twats’. You loved their inane antics, while being pummelled with messages about working class solidarity like something out of Mao’s China.

Trendy pop video visuals. Possible vampire Magenta Devine. A claymation called Dick Spanner PI. Like all yoof TV, Janet Street-Porter’s dog’s dinner of a show thought it was much cooler than it actually was. Really it was just Why Don’t You? with Worthwhile Contemporary Issues, like bank card cloning. What 13-year-old had a f**king bank card?

This did attempt weighty storylines, eg. Jim Bergerac’s alcoholism. But mainly it had a child-friendly repetitiveness – criminals arrive on the ferry, Charlie Hungerford provides comic relief, bit of action at the end. As formulaic as Captain Caveman, but set in the impossibly exotic location of Jersey, the Channel Island with a higher crime rate than Detroit.

You were too young to realise the budget was about 25 quid per episode, and the script was self-important cheese. Hard to watch now without wondering ‘How the f**k did I think that looked real?’, and wistful thoughts about Cally.